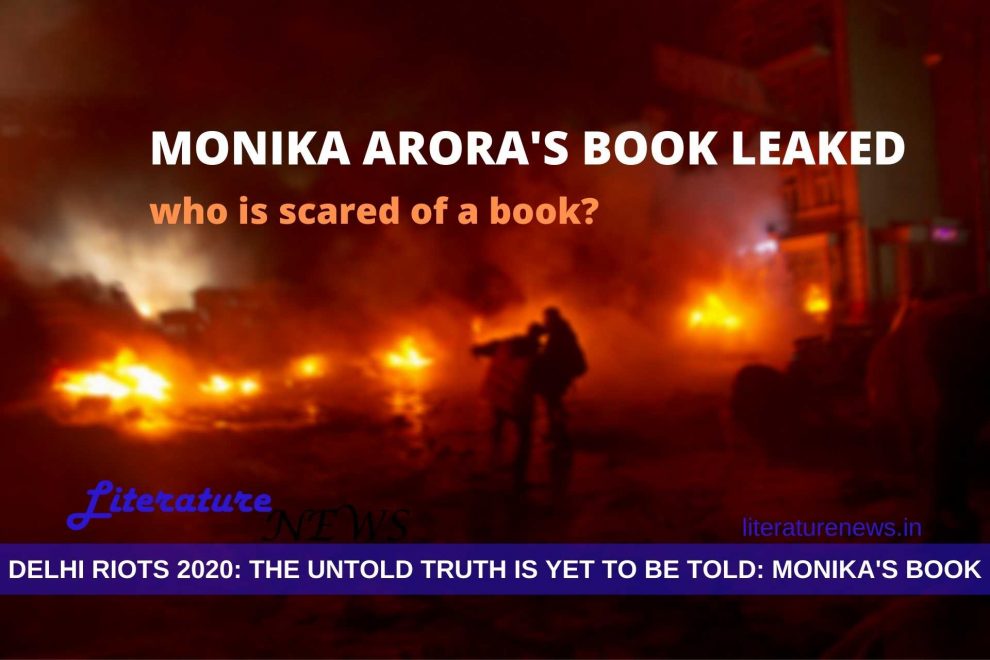 Monika Arora, a senior advocate in the Supreme Court of India, and her book on Delhi Riots have been in the buzz for a while now and an incident (which could have been avoided) has added more fuel to it. The book on Delhi Riots conspiracy, and something that the prime accused has already accepted – infamous AAP politician Tahir Hussain, has been leaked in the public domain in PDF format, obviously with the print-ready layout and who could have done it? A publisher sends the final print layout of the book to the author(s). Has it been leaked from the authors’ side? It seems illogical and insane to think because the authors have found a new publisher and the book has already sold over 20,000 copies according to Garuda Prakashan’s executive’s statements. So, did the Bloomsbury India do it in order to sabotage the sales count of the book?

The doubts on the publisher are likely to be believed because the publisher did not only lose the business but also a face in the public. They have almost censored someone’s right to publication just because a few others pressurised them to do so. Bloomsbury India is undoubtedly at fault and they have indulged in defaming someone, breaching a legal contract and trust and also going against their own crafted policies. And therefore, it would be the unlikely direction that someone believes on the contrary whether the publishers have leaked their publication layout file of the book on Delhi Riots 2020.

On the other hand, taking things a few steps ahead, there are the media websites which are reporting the ‘factual errors’ in the book by Monika Arora. First of all, how could they read the book when the book hasn’t even been published by Garuda Prakashan? Did the previous publisher, mud-faced Bloomsbury India, leak the file selectively to those left-wing-leaning media houses so that they could attack the author? Ignoring the link of selective file leak, how could someone come to a conclusion about the factual errors in a book which is on the riots in Delhi for which people kept blaming a BJP leader’s speech while the chief conspirator of the riot, a notorious and sinister guy named Tahir Hussain who is also accused of murdering an IB employee Ankit Sharma, has accepted all the associations and also spilt the beans on the possible Pakistan and foreign funds angle to fuel the riots! The same media houses were hell-bent on proving that Tahir Hussain was innocent. Can we smell the coffee now? Are these media houses just saving their dirty faces?

Literature is powerful; a pen is mightier than a sword; so on and so forth are proverbial depths which hail literature and we can see the same being proven right in this case. Vested interests are there to do their best and stop the book from being read by masses and when they have failed to stop the publication of this book, they are ensuring that the book gets leaked, discredited and maligned… however, none of the satanic tricks seems to be working and people are buying the book even before its release and this shows that literature cannot be ready, in this age, to accept any shackles around the neck of truth anymore! We will also be taking interest in the publication of the book and will surely bring the review of the book to all of you!

Indian English novel vs Indian English poetry: why did one rise and another couldn’t catch pace?
Wikipedia is damaging culture, knowledge, intellect and free speech – time to shut it down? Opinion
Comment