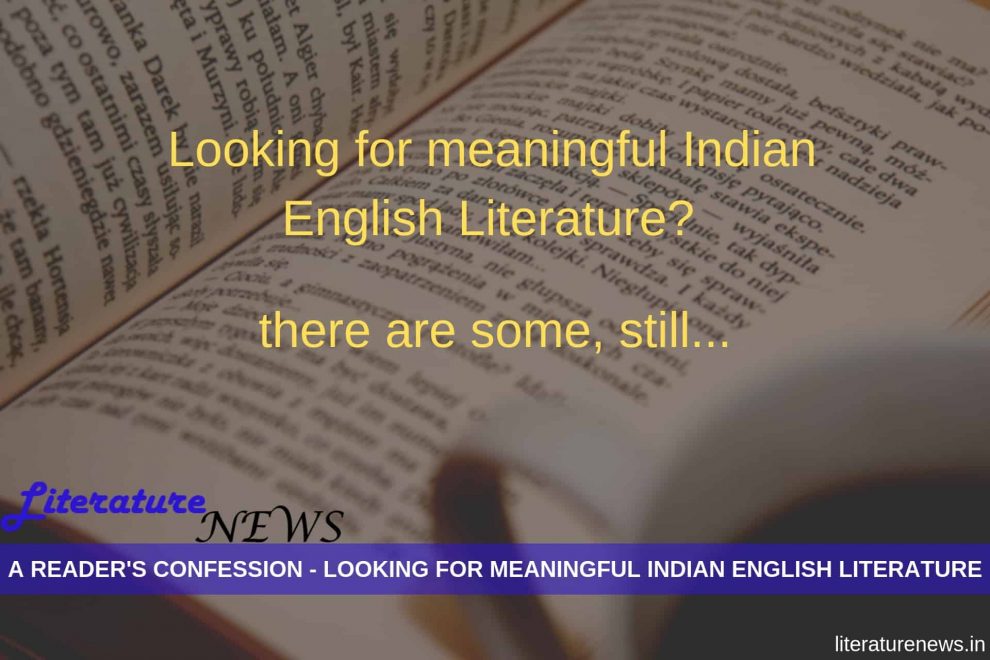 Indian English writing has seen various phases. It began long ago when we were under the British rule and it flourished in the first phase very much under the same kingdom. However, it saw a huge shit in the narrative when we became independent. We moved towards new themes and new ideas and new expressions in our literature written in English. Who were the authors? We all know that.

In recent years, Indian English fiction has seen another shift (to a great extent) in the narratives being built and we mostly see our authors tending towards either romanticising the issues they discuss or discussing, in great details, the romance itself. Any issue they discuss, it’s discussed either casually or with a casual approach towards romance that’s stuffed just anyhow into that issue. I am not saying it’s wrong; I am not saying it’s right; I am just saying nothing!

However, there are also the authors who are working aloof of this ‘ring-the-bell’ ‘jargon samiti’. These are the authors who are working even without being noticed and if by chance and your fortunes, you get to read a book by an author in this distinct league, you will feel for them – why do they go unnoticed? A very famous one of this league, undoubtedly, is Jeet Thayil! And there are others that I will discuss here in brief.

As my readers and followers would know, I have recently read and reviewed many books including Ravi Dabral’s Greed Lust Addiction and Mohan Timmaraju’s Janardhan Talbot along with many others by many authors. However, as long as I live, I will remember these two names that I just mentioned here – these two authors have written exceptionally well in their very debut works and that is just wonderful to see! Ravi Dabral’s approach to issues as critical as how to improve the ways you live this life is calm and steady and at the same time, he does not let the fiction die! His story is as thrilling as reading a crime or a murder thriller. However, in addition to an interesting story, Greed Lust Addiction also contains an idea, a contrast, a philosophy and a broad thing called meaningful fiction. So, this guy for me is the serious author if I compare him to other authors, except for Mohan Timmaraju, recently.

Mohan Timmaraju is a veteran and yes, he released his very debut work recently. A busy person could only write a book after his retirement! Janardhan Talbot finds its backdrop against the pre-independence India – India of the 1850s and a little before. What I liked the most in the writing of Mohan is his language. After that, automatically, writing style becomes significant. He has ployed the classic literary device called mistaken identity and has used it wonderfully to show what the British did to India and Indians. He has kept his novel realistic and one cannot just complain about that. The issues of youthful ambition and one’s conscious that constantly remembers of its roots have been dealt with tremendous maturity by Mohan even being just a debutant and there he becomes another serious author for me in the rush of many headless chickens just rining pillar to post to make their words count!

It’s so satisfying to see that a few authors are there, still, who are taking pride in what they write. I won’t name any others whom I did not like but let me say that they disappointed me. Following someone and producing literature that just talks about the things we talk every day is also a good idea. But, then, why the hell do we need to read novels?

I am leaving this here and I also hope that I will be writing more in the future to let the readers of Literature News know about the authors who make sense. All the best!

by Alok Mishra for Literature News

Is freedom of expression conditional in India? PM Modi Movie raises serious questions
The rise of Indian English Fiction – win-win for all!
Comment