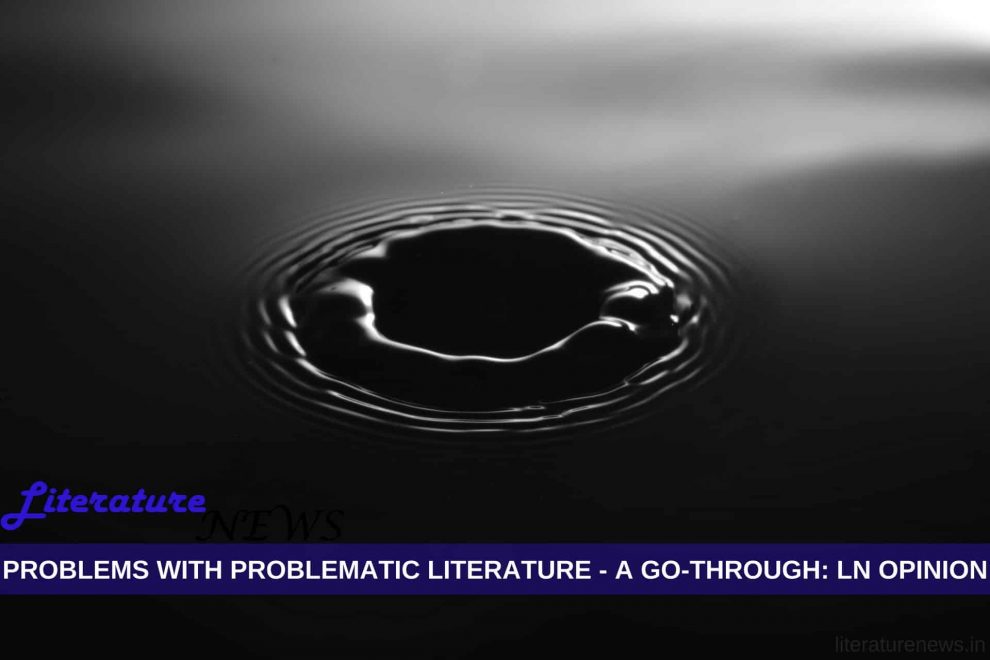 Where are the problematic pieces of literature today? My childhood was spent reading many things along with the problematic stories by Munshi Premchand, a very prolific author who wrote in Hindustani language and made the countrymen aware of many problems that used to exist those days – still continues to be the same way. Namak ka Daroga, Godan, Poos ki Raat and so on… no one can compare him to any other author of any length and breadth and depth in the terms of understanding the craft of short stories which aroused pity in the hearts of the readers. Other than Premchand, it was also Mulk Raj Anand and R. K. Narayan who wrote the works which depicted problems in the Indian society – The Bachelor of Arts, Coolie, and even Raja Rao was on the same height.

Comparing the Indian attempts at the problematic literature to that of the English literary figures, we get the names such as G. B. Shaw and also, John Osborne. However, if we try to link the theory to the purview of English literature, we can include the names as bigger as Shakespeare’s and many others to the list. And across the world, there were many literary figures who dived into writing only to bring to fore the problems that people faced in the society for a long period of time (continued).

In the recent days, a sex for marks scandal is doing rounds among the literary aware people and a novel is at the centre of it – Burn Again by Osa Amadi – a Nigerian author. The novel was originally written in 1993 and it tried to hint at a problem which the readers might not have found interesting at that time. So, sometimes the writers don’t only write about the problems which are or were there but also which might become a bigger issue later in future.

While the problematic literature is filled, mostly, with realism and vision, in the case of Indian writings (not necessarily in English), it also depicted some great craft at storytelling and other aesthetic aspects of literature. Premchand is the greatest example in this kind – his stories not only appeal to the readers interested in knowing about the problems but also to the readers who want to learn more about the art of writing itself.

When we are talking about problematic literature, it’d be an injustice if we leave aside the poetry – the poetry of the greats who tried to warn, please, doubt, appreciate and do all other kinds of things as a reaction to the various situations they lived through. The problems after the World War One are described in T. S. Eliot’s The Waste Land. He has entered deep into the psyche of the LONDON (and his London is not the London but the world).

by a regular contributor to LN

Bring Indian Literature out of Jeopardy – an opinion
Self-Publishing Dilemma: the good & the bad for literature
Comment