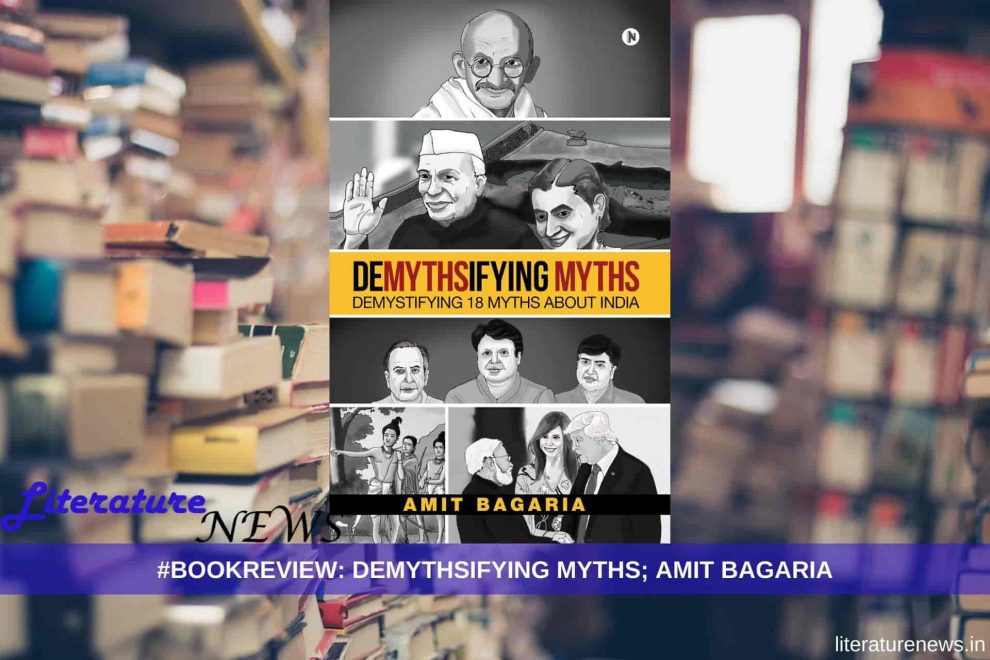 The misery of living with a belief that someone has heard from others (while doubting it all the way) is immense. It’s like living with explosives that are about to burst inside your mind. In India, the job of misrepresentation, manipulation and senseless glorification has been done tremendously just after independence. Historical manipulations, political lies, ancient falsifications and so on… Indians, especially the ones after the 90s, are living with many lies and they couldn’t resist because nothing was there in the mainstream education, general knowledge, and media that could counter the narratives being developed on the basis of falsehood. So, who will do it? Who will dare? In the past, authors like P N Oak and others have tried but their voice was suppressed by the then governments, media and others who feared the truth might derail their agenda. Recently, another dare has been submitted – Amit Bagaria has written a book entitled Demythsifying Myths: Demystifying 18 Myths about India. This book, surprisingly, demolishes a few very ‘popular’ myths about India, certain Indians, and certain ‘facts’ that have been transformed into ‘cults’ by certain people for long.

The book has 18 chapters, excluding the introduction and other feedbacks you will find, and all the chapters discuss 18 different myths about India, Indians and ideas that you will be surprised to know if you haven’t heard about these things in the past. Even the readers who know about these elements, half-truths and under-the-table murmurs, will find the book interesting enough to indulge with it. The book Demythsifying Myths: Demystifying 18 Myths about India discusses the following facts, (un)facts and distortions:

Is India really 5000 years old?
Was Gandhi a Mahatma?
Was Gandhi a Saint?
How did Feroze become a Gandhi?
Is president-rule-all system good or Prime Minister should be ruling India?
What is a Hindu Rashtra?
What is the math of the upper house?
and many others…

The book by Amit Bagaria is nothing else but a daring attempt to reveal some of the hidden facts and malicious attempts to change and condition the Indian youths’ psyche in a certain way. Who called Nehru the Chacha Nehru first? Who called Gandhi the father of India first? What’s the secret of the Gandhi family? What happened during the emergency in India? If you are a youth, a young reader or even a school kid, you have the responsibility to read this book and know the truths better so that you can understand what happened.

The factual things in the book have been said on the basis of the author’s fact-collection attempts, his readings and studies of history and facts, and all that you can easily discover yourself if you want. The beauty of this book is that you can get everything at the same place and it wasn’t there before.

Language and narrative in the book are simple. It has certainly been kept in mind that the readers who will read this book will mostly be youths and young students and casual teens who should be curious to know all these myths about India that are being demolished by Amit Bagaria here. I would rate the language and narrative super – 4/5 without a doubt. However, there must have been, as many other book reviewers in India have already pointed out, a list of further readings or at least something in the name of bibliography. That would have given the work a further level of credibility. Right now, a few readers may find the book as mostly the author’s own opinion.

To conclude, Demythsifying Myths: Demystifying 18 Myths about India is a book that will give you many things to be surprised, shocked or even confused… so, are you ready to see your illusions being shattered? Are you ready to face these truths and uncomfortable facts? Get your copies now:

review by Akhilesh for Literature News 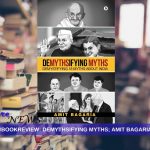 I-Spy: A Peep into the World of Spies by Amit Bagaria – Review
Sense and Syllogism: Logic in Life: Book Review
Comment