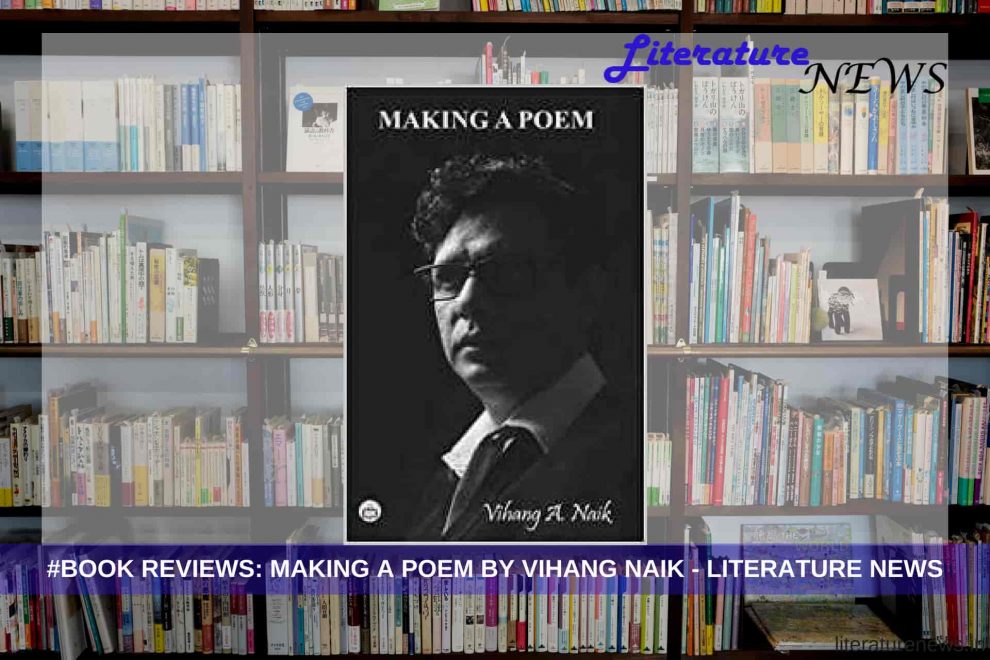 Sometimes, the poems don’t make sense at all. Once you read them one more time, you are left with ‘awww’ and that’s indeed awe-inspiring! This is the magic that Vihang Naik has done with his words in his latest collection which has been reprinted, Making a Poem.

Originally published back in 2014, Making a Poem is the collection of 25 short poems with no lyrical trace. The poems seem bubbles out of water which occur, reoccur, occur again and keep this cycle ongoing… on and on and on. You will never be certain what might be coming next in the series and that’s the quality which keeps the readers interested in this collection which runs very short – about 50 odd pages (with some pages between the sections left blank). I think the scheme of the book makes one realise what Vihang says wonderfully:

“May even want to see

a poem nude and

What I liked the best about the poems of Vihang is that they don’t make you feel too dodged by the over-intellectualism of the poet’s over-indulging wit – a much-coveted fashion among the most of the contemporary poets in India. The poet, in this case of ours, has kept himself aloof from such practices and this is quite a bit for the readers who want to be entertained and questioned and told by a poem. Making a Poem has poems about a poem, about a poet, about a young poet and also a poem coming alive…

The Indianness of Vihang’s ‘English’ Poetry is very much evident in his style, his choice of words and his imagery as well.

“How about making a poem within

a poem? You smell the Ocean and

and rose. Her odhani stuck to my pen.”

Vihang’s poems omit philosophy, weird logic, sanity, insanity and what not! He has established himself a step further – he has made a strong case of his presence in the guild of Indian contemporary poets writing in English with his collection’s reappearance.

To conclude, you would surely love to read the poems by him in his collection. Making a poem is not meant to be read only by the poetry freaks like me but by anyone who loves poetry or wants to begin reading poetry seriously. The students who are constantly looking for the recent developments in Indian English Poetry can have their hands of Making a Poem and see for themselves that we are certainly striving towards ‘Indianness’ with the steps which might seem haphazard to some of ‘them’ but are the steps towards the goal for us…

Review by Santosh for Literature News

Making a Poem is an attempt meant for all seasons of poetry… we recommend it as a must-read collection of poems from our end! Go for it if you like reading poems.