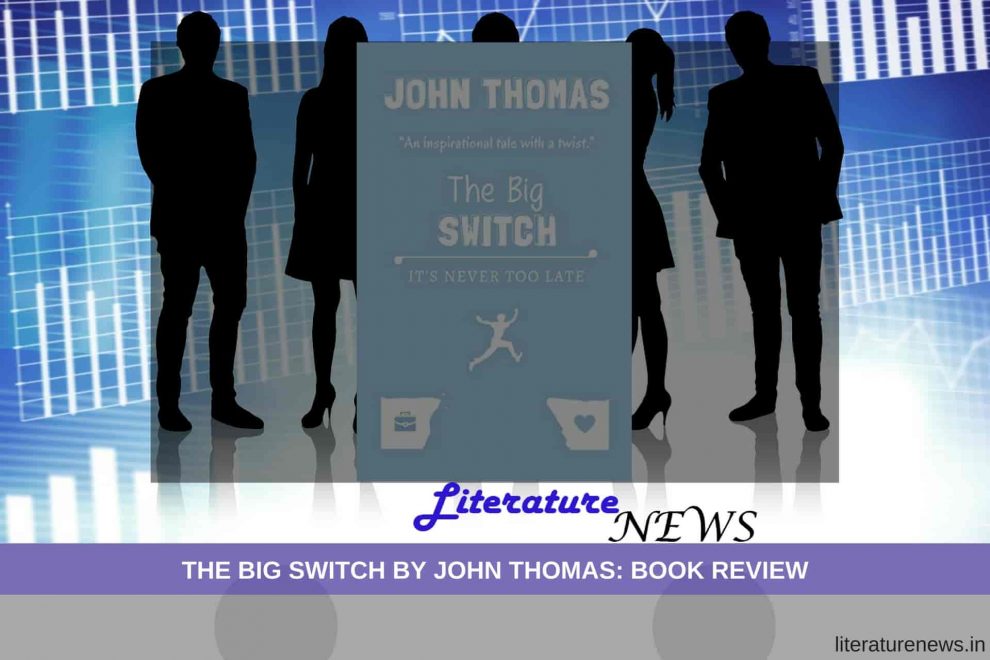 I have been reading several novels in the recent months and most of them were fuzzy kind of works and some of them were really good. The latest one that I finished was Anita Krishan’s Despite Stolen Dreams before getting my hands on this Kindle edition of John Thomas’ The Big Switch: it’s never too late. I found a debutant and his novel about a 24-year-old chap and I was adamant about it; the same usual stuff might be there – I was afraid! However, everything was just a momentary dilemma and as I began reading the novel, it moved like a compelling read which kept me motivated till I have finished the fictional tale with a wonderful message – pursue your motivation and for that, you need to motivate yourself towards finding the right thing to pursue! The novel is centred on a character called Keith and this is how it goes – a young person with a good job and also a someone so close to love and care for. However, with time, things go out of hand and Keith becomes frustrated because his job in a big company usurps his personal life and he also loses Maya, his love (was she really her love? you will find once you read the novel).

The modern dilemma which takes on the youths on different levels in the corporate career or any kind of professional career has been dealt with in this novel wonderfully. Keith is otherwise a successful person who keeps getting increment in his salary every year and his work is also appreciated. However, he finds himself unsatisfied with what he does and most of us do the same these days. Work culture in the biggest of the companies, under the corporate pressure, hasn’t been good at all in the terms of personal life. The work-life balance has been badly affected and also, the enthusiasm dies after some days because sometimes, we just get into a job by default! Keith, perhaps, has the same trouble. He finds himself trapped and whatever he thinks might be reflected by most of the modern youths. The novel gets smoother when he meets Kyra and starts creative writing classes after getting into something he really loves and begins chasing his dreams. Will he be satisfied there – something which is entirely opposite to what he has been doing as a manager in the H & G? Or will he make another big switch soon? The novel is compelling and a must read, no doubt about that!

Critically, the novel’s contribution to the contemporary literature is noteworthy. It does not follow any usual pattern and you can be sure that you are going to get a fresh read here! John Thomas has not made the same mistake of rewriting the ‘selling stories’ and this has paid off as well! His novel is doing great in the terms of sales on Amazon and his work is also being appreciated by the acclaimed book lovers and critics.

The language; the theme; the plot and his style of storytelling – all are good and fresh where they ought to be. John will be a better writer as the time goes by because his debut has perfectly succeeded in impressing the readers! You can also get a copy of this Kindle E-book from Amazon India by visiting the link below:

Overall, The Big Switch will keep a hold on the readers and involve them in the fiction until they will have finished it! A must-read for the youths of the day and anyone who is interested in modern and meaningful fiction!

The Lonely Drummer and Other Poems
Despite Stolen Dreams
Comment