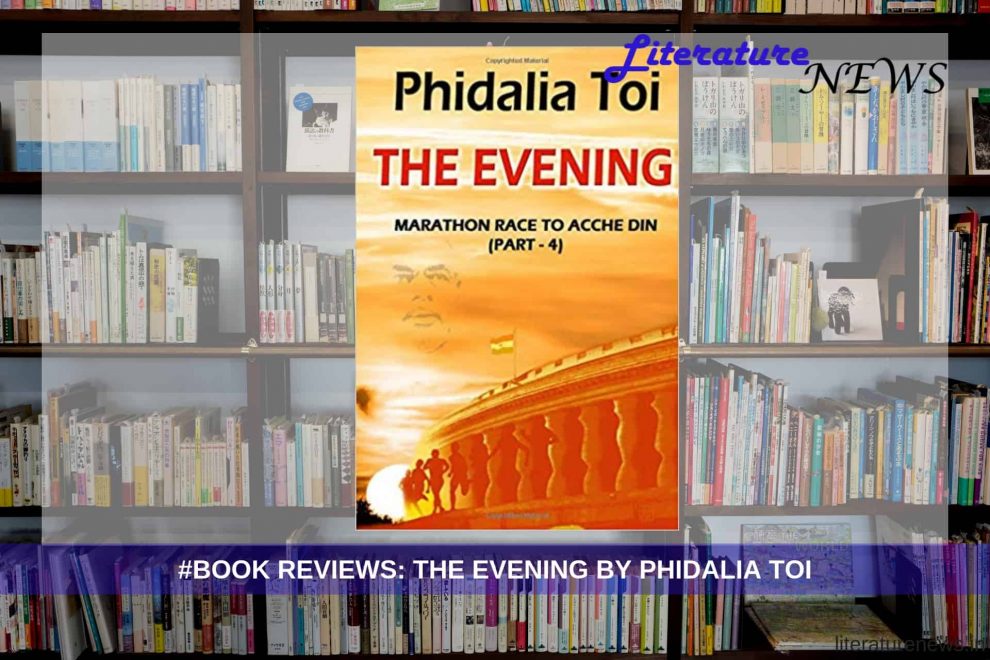 Phidalia Toi is an acclaimed author who has been, constantly, writing about the achievements and downsides of the Modi-led NDA Government at the centre for the past four years. Recently, her latest instalment of Marathon Race to Acche Din has appeared in the book markets. In this book, titled The Evening, she has written about the fourth year of the current Indian regime – the yes votes and the no-votes. She scrutinises and comments on the details based on the facts, the facts which can be obtained from the mainstream media, links and sources. So, most of the subjects mentioned in the book are facts and most of the comments offered in the book are opinions – two things are clear based on the book.

Phidalia puts her opinions for the public scrutiny but not as an expert; she rather reaches out to the readers as a mere citizen of this country, expressing her opinions. She talks about various perspectives which she thinks, as the citizen of India, to be important in the fourth year of this government. There are the facts, in black and white; there the government responses in black and white; and there are the comments also, that also in black and white. So, for the readers who want to read frank and forward opinions on the fourth year of this government can certainly enjoy this book.

Commentary has been balanced and generally convenient for the layman’s understanding; as the author defines herself writing in a layman’s language and not as an expert, in the very beginning. The Evening is a book that can be read by a politics enthusiast as well as a common citizen who only goes out to vote, once in a term of five years. So, the basic thing to be said is that the book is not an elite literary piece with a certain political agenda – this is just a simple book in which the politics and the achievements, as well as the disappointments of the Modi government’s fourth year, are discussed. The language and the narrative are simple and will certainly impress a wider readership for the author’s benefit.

To talk about the content in the book by Phidalia, I cannot comment too much on that. It is for the reading audience to decide. Nonetheless, as the author has mainly based her content on the research done with the external sources, there is very little of her own assertions in this book. She has managed to stay involved but neutral in her opinions and commentary and that’s what makes this book a good title for the general readers as well as politics enthusiasts.

Get a copy of this book – Amazon India

Review by Sunil for Literature News

A good book for the experts in politics as well as those who are just voters. A balanced commentary with pros and cons…