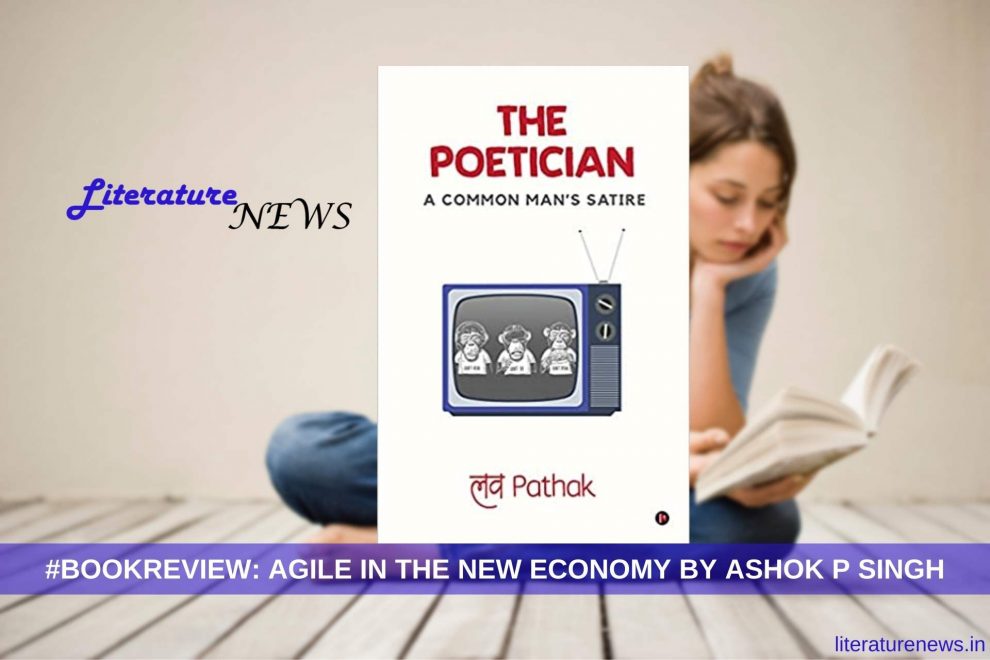 Though there are many things that a whining reader looking for style, language and purpose might want to see in a book of poems, Lov Pathak’s poetry collection offers very few of them or most of the things in a very different manner. However, one thing is certain that The Poetician will give the readers much more than a common man’s satire. For example, the lines mentioned above have been taken from one of the poems in the collection. It is more than a satire on modern love affairs that begin in June and end in August. It is a satire on modern ways of life and demeaning values of the feeling we call love.

You can comment on the style the poet has applied, the language he has used or the themes he has written about in this collection. You can comment on other aspects of modern poetry and this collection together. You can opine about different things in the collection or you can just enjoy the frustrated howls, emotional ironies, lamentations of the poet coming out in various of his poems. There are many poems that ridicule and mock our lives today. Many poems talk about the past that was, supposedly, wonderful with trees, greenery and life all around and the present which has become merely a jungle of concrete walls.

In a poem titled Best Friend Forever, Lov discusses the menace of depression and also tells the tragic story of the protagonist who died (we are not sure whether really or just in the imagination of the poet). Now, just look at the lines above. Aesthetically, a traditional reader of poems will find these lines mediocre and confusing or just too simple to be a poem. However, an average reader will like it, understand it and perhaps remember it to share among his or her friends. Such serious messages should be transferred to the audience in such simple language only so that there is no delayed decoding and there are no chances of misinterpretation. This is the language that we use today and this is the beauty of Lov’s poetry. He has been honest, simple and direct…

To cut things short and directly coming to the point, Lov Pathak’s poetry collection The Poetician: A Common Man’s Satire is truly a common man’s poetry and anyone who reads the collection will instantly connect with the poet’s experiences, feelings and fears and concerns. This is what a reader wants and this is also the thing that a poet wants. There should not be any gap between each other’s thoughts and both should be synchronised.

If you want to feel nostalgic remembering your first bicycle or the tree that offered shadow, love and many hours of memories, you should read the collection instantly. If you want to voice your concerns about many changes happening around us but can not find a way, you must read the poems in this collection. If you are looking to read something that can give you a few hours to think, enjoy, rejoice, mourn and ponder seriously, Lov’s The Poetician will be a perfect weekend companion! Get a copy right now from Amazon India:

Review by Ravi for Literature News

A poetry collection that makes you nostalgic, emotional, angry, concerned and strong… a common man’s verse in common language!