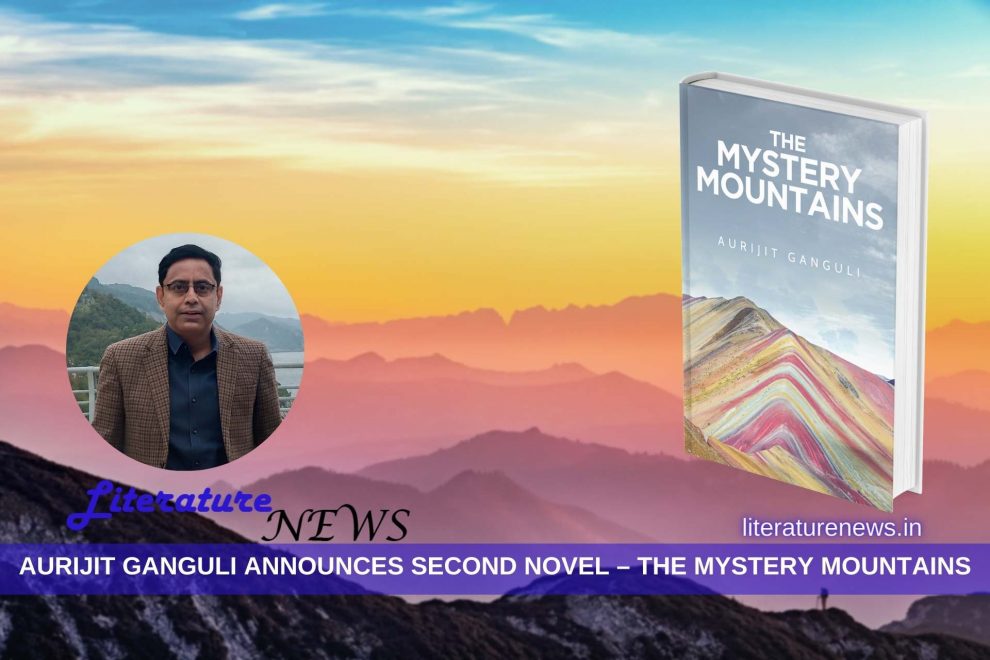 Yes, The Mystery Mountains, the second novel by acclaimed adventure-thriller novelist, Aurijit Ganguli, is scheduled to release the next week, by the weekend. Aurijit Ganguli published his first novel, The Shambala Sutras, in 2020. The debut novel by this author received favourable responses from readers and book critics. Inspired by the experiences Aurijit had during his journeys to the world far and beyond and fueled by the favourable critical reactions to his first book, he has come up with another adventure-thriller novel. The Mystery Mountains has the same protagonists, Arjun and Lisa. However, this novel offers an entirely different experience. So that the readers are not confused, Aurijit Ganguli has announced that this novel is not a sequel to The Shambala Sutras.

“No, this book is not a continuation of the previous novel. Yes, the main protagonists remain the same. Otherwise, it is a completely new story in a different setting.”

The cover of the novel as announced by the author looks stunning. It appeals to the readers’ quest for adventure with colourful mountains resembling the title – The Mystery Mountains. 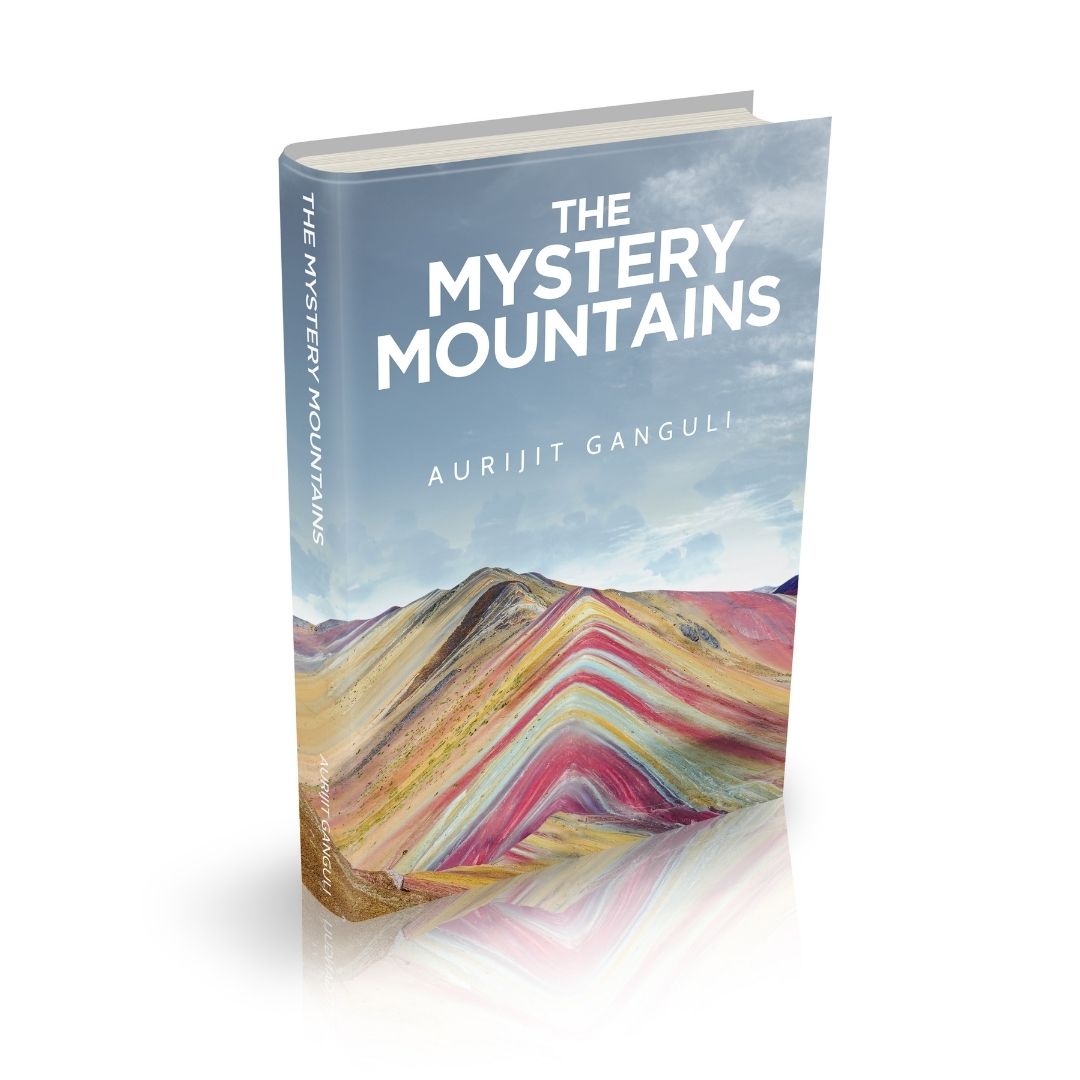 Readers who have read The Shambala Sutras by Aurijit must remember that Aurijit strengthens his storyline with spiritual, philosophical and ancient quests and yet manages to keep the excitement level of the story intact with modern characters, modern methods of adventure and modern problems. In The Mystery Mountains, the same storytelling and plot devices have been employed by the novelist. This time, Arjun and Lisa have to avert or minimise the damage that fragments of a comet are about to bring to the earth. However, in order to understand how to avert this tragedy to come soon, the iconic duo of a chef and a botanist have to travel to the distant mountains of Peru in the search of ancient wisdom.

Like the previous novel, in this book as well, the readers will find very picturesque details of Peru and other places mentioned in the book. It comes from the author’s personal experience of journeying to different parts of the world. Are you ready for the ‘quest for global safety’?

Aurijit’s writing style has been praised by many critics in the past. In his upcoming novel, we expect to find further enhancements. Moreover, as the author has taken considerable time to do his research for this novel, we do expect to read something exciting, realistic and thrilling as well. And not to forget, probably this is the first fiction which has bolstered the case of anti-diluvian civilizations, against the mainstream history that is taught in schools today.

Readers, it’s time to get ready for the second novel by Aurijit! And it gets live in paperback version the next week… Time to grab your reading glasses (if you have any) and wait for 7-8 days.

In the meanwhile, you can explore other exciting books on Amazon India here – explore trending novels on Amazon

Written by Ashish for Literature News 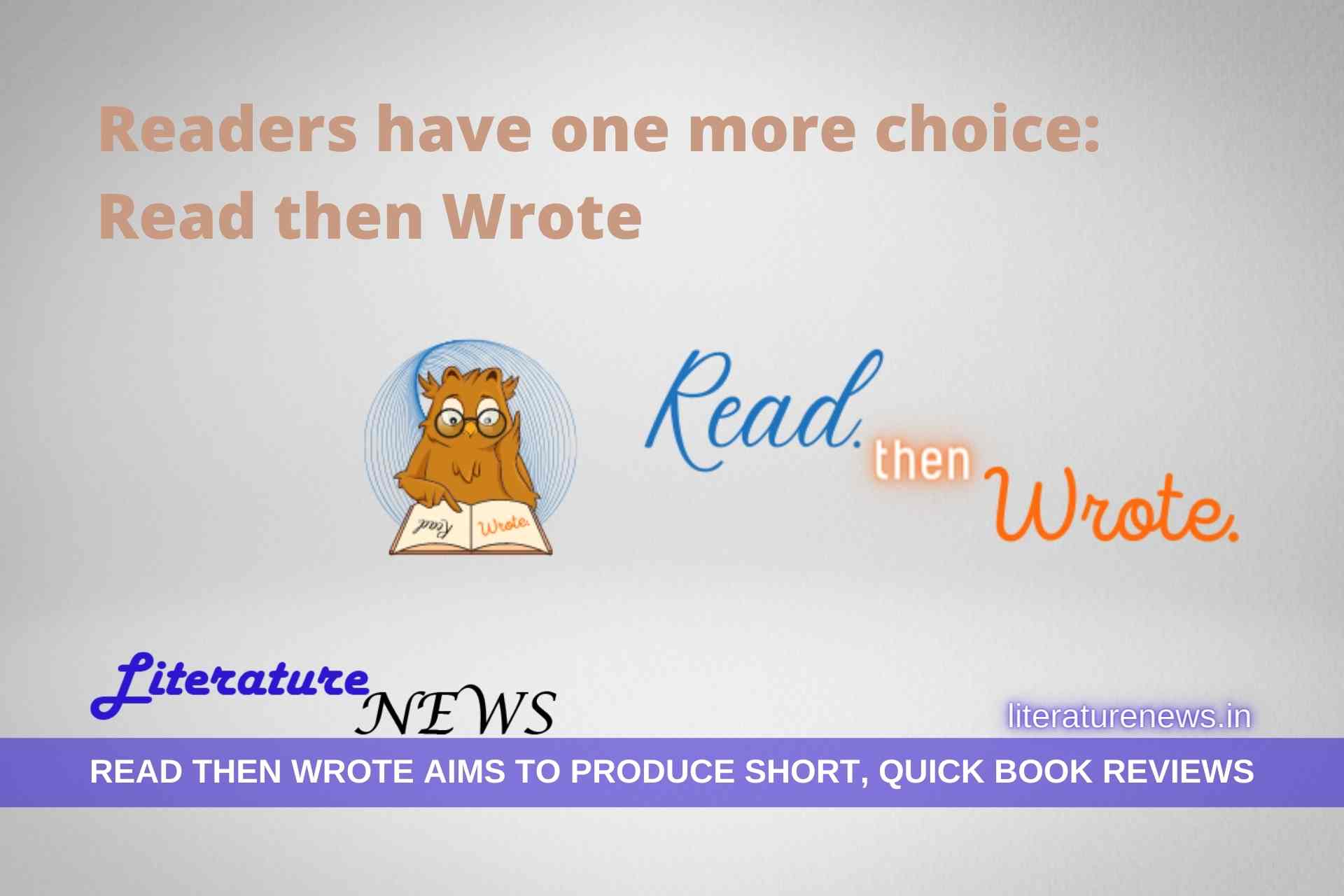 Readers, what kind of book reviews do you prefer?

Do you remember those Railway station book stalls? Or a train journey where people used to read?
Comment