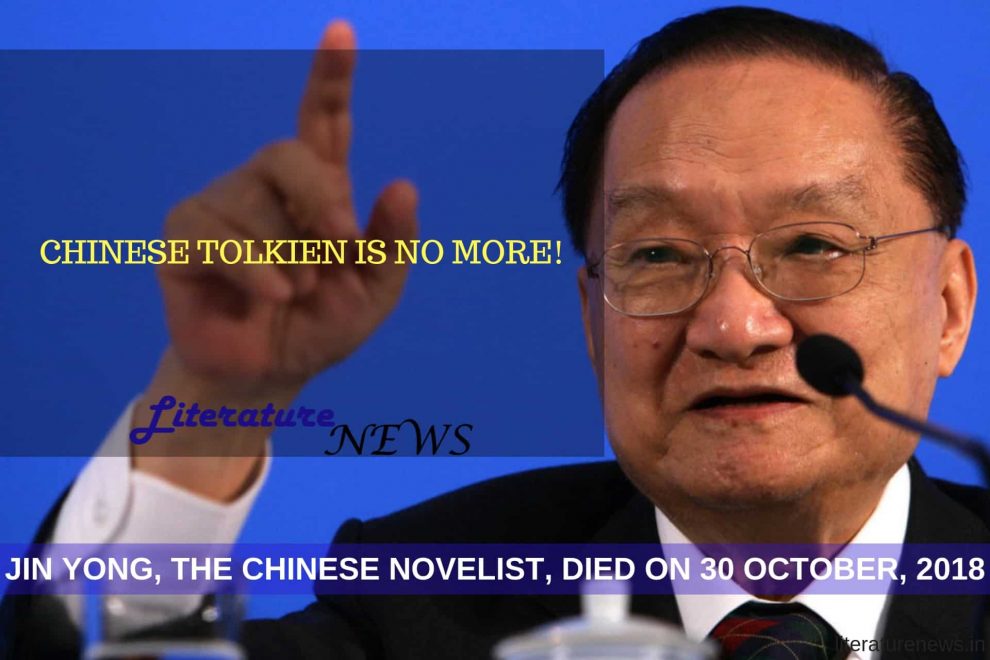 A very popular or rather a household Chinese novelist who was known by the Chinese speaking people across the world, Louis Cha, has died on Tuesday, 30 October 2018. Louis Cha used a pen name, Jin Yong, in his writings and his writings were very popular – so popular that many critics and readers have given him the honorary title – JRR Tolkien of China!

Novelist Cha was 94. He died in a Hong Kong hospital. His novels were not only famous among literary enthusiasts but they also inspired many TV shows, video games and movies. And that’s why, after selling millions of copies of his literary pieces, Louis Cha had become a very popular name among the Chinese people because he knocked their daily lives through various mediums.

After moving to Hong Kong in 1948, novelist Cha produced 15 novels between 1955 and 1972. He also wrote the very popular novel The Legend of the Condor Heroes during the same period. However, Cha was not very famous in China until the rule of Deng Xiaoping, who was himself a huge fan of Louis Cha.

Louis Cha is also very famous for his fusion of Martial Arts in literature. That’s why his writings were an easy inspiration for TV shows in China – who does not like kicking ass in China? Other than investing his time and energy in fiction, Cha also co-established a now leading Chinese newspaper in Hong Kong – Ming Pao. It was founded in the year 1959.

While we say goodbye to this great Chinese literary figure, we must remember that he was one author who always invested in the cultural roots of his language and country and it did not only pay off monetarily but also in a manifold way. Authors in other countries may take an inspiration from him that forgetting one’s roots and traditions, cultural heritage and history is not a good idea!