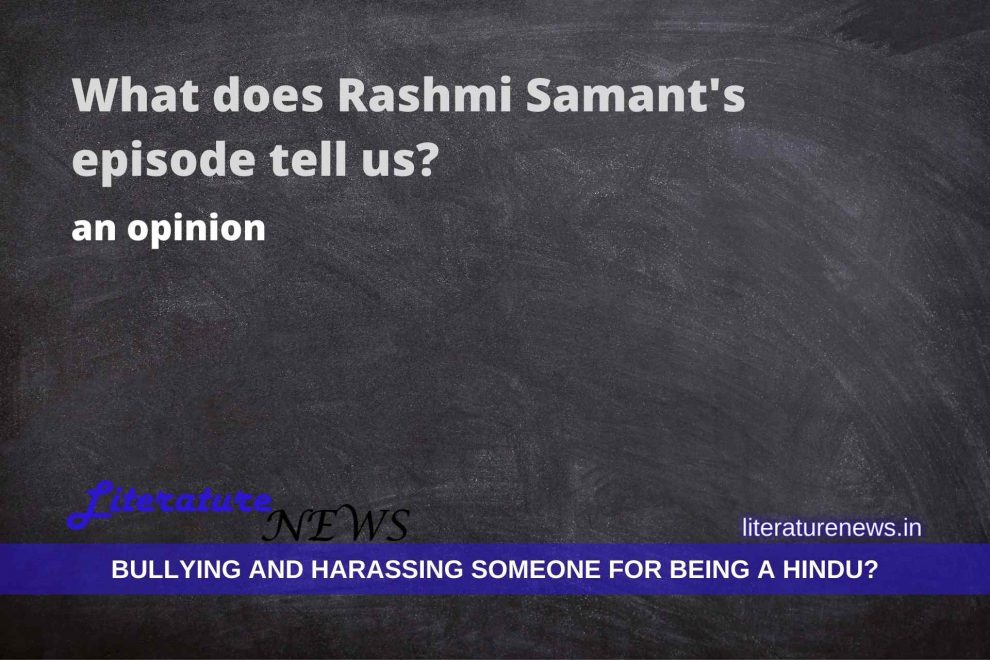 One of the oldest universities in the world, Oxford University, the prestigious hub for knowledge, has been in the light, rather notoriously, after an Indian student, Rashmi Samant, has narrated her story about how she was bullied online after her election as the students union president. Amidst the storm which has awakened after the complaint and the lackadaisical attitude of the university staff in resolving the issue any sooner, the student at the centre of the events has quit the post as well as the university for the hour. Rashmi has been quoted by many news channels and news portals that she will return to the campus only after her complaints are resolved and the alleged persons-in-crime are booked and brought to justice,

Many shocking revelations have come to the fore and you can know about them by reading the news yourself. Even the teaching staff have been found to be indulged in harassing the student, Rashmi Samant, as per her remarks. The Indian Government is very much concerned about the incident and the minister for external affairs, S Jaishankar, has even raised the issue on the floor of the Indian parliament.

It is not new. However, it might seem new to many people because the incident has been taken up by various organisations for Indian students and Indian residents outside India. Bullying and harassment of Indian students on the basis of race, religion and beliefs have been evident on many campuses outside as well as inside the country. Rashmi Samant’s episode brings out the fact that many elite institutions outside the country and the continent have failed to maintain their standards as they promise. Just compare this with an episode where a university staff, who was supposed to introduce to the new students the abc of the university, resigned because she was told her methods might irk the ‘black’ students. It was also evident in that particular case, on the same campus, a ‘white’ student was ousted without even any preliminary inquiry over the allegations by a ‘black’ student about racial comments. Compared to this incident, Rashmi Samant’s, she has been subjected to cyberbullying and harassment and it is she, the elected students’ union president, who has to resign. Do the campuses entice students to hate and harass Hindu students and Hinduism?

While the world is chanting the saga of Yoga and accepting the Vedic system in many walks of life, why is this hatred for Hinduism the new fashion? Many will accept that Ram was the ideal son and ideal husband but they will hate Ram as a person! Many will stand up to receive the lessons from Bhagwad Gita but the same will hate to acknowledge that Krishna is adored by Hindus. Why this irony? Why this paradoxical hatred?

Also, it is an opportunity for the Indian administration to rise to the occasion and ensure that students get the world-class facility on Indian soil so that they don’t have to be subjected to such bullying and harassment abroad. Only India and Indians can understand, truly, the actual meaning of universalism and Vasudhaiv Kutumbak – something that the world could never realise thus far. And to the Indians who are enjoying such episodes just because they don’t respect the sentiments of a religion that is as old as their imagination can go, wait till the flames reach your shoes.

By Smriti for Literature News