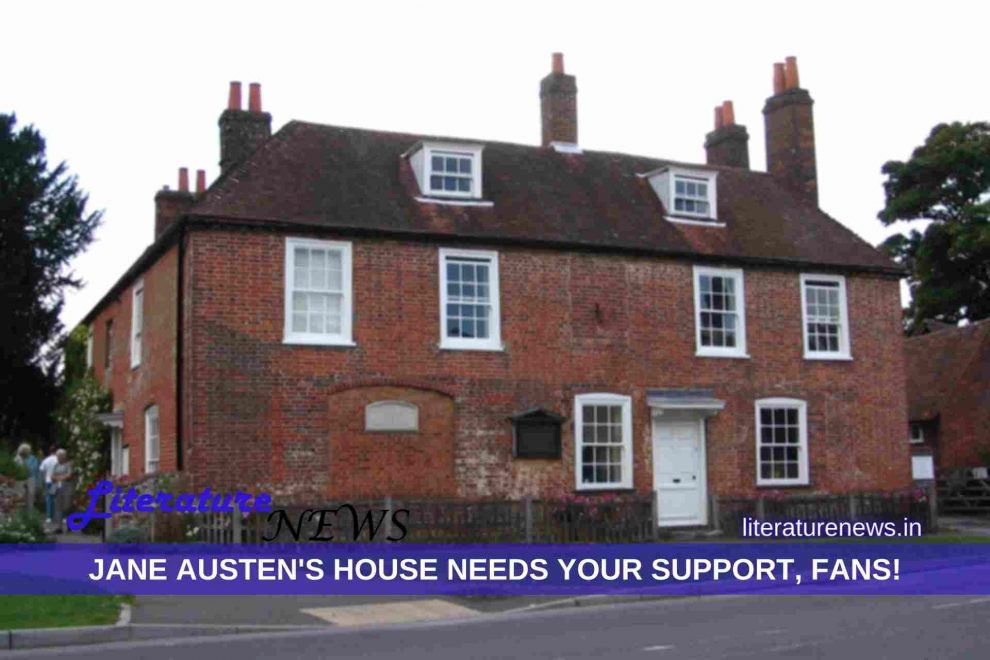 Yes, like any common human being, legendary novelist, Jane Austen’s house, the Hampshire Cottage, is facing a crisis and it needs an (almost) urgent repair. The rooftop is letting raindrops fall; tiles in the rooftop may slip down; in short, the house needs a revamping soon enough in order to be able to save Austen’s writing table, a few manuscripts and many memories of the novelist for her fans worldwide who visit the cottage to feel Austen’s presence within the walls. However, the relieving news is that, as reported by The Telegraph UK, many fans of Austen have come from across the world to support the repair of the rooftop, which is old enough to take a repair like a coaxed child.

Lizzie Dunford, the director of Jane’s House Museum, has come forward with an earnest message for help from the fans of Austen. There are almost 30,000 tiles that need to be replaced at the earliest. Ms Dunford, the director of Austen Museum, has requested the fans across the world to sponsor one tile – so, 30,000 fans across the world can save the rooftop of Austen’s house which has not been repaired since 1940, the year when Austen’s house (during her writing years, including the classics like Emma and Pride and Prejudice) was turned into a museum for visitors.

The director of the museum is invoking the very works of Austen – she is stating the fact that almost all the protagonists in Austen’s novels are seeking the comfort of financial stability and permanent home. However, these days, Austen’s own house needs repairs and that’s why fans should come ahead and support ‘her’. To quote Ms Dunford, she said:

“Money and the security of a permanent home is so important in all Jane Austen’s novels, and it is incredibly relevant to us this year,” she told The Sunday Telegraph. “I do feel a little bit like Mrs Bennett.  She really is being so practical, even in her hysterical way, in trying to make sure that her family is financially secure for the future. Definitely like her, but with fewer hysterics, and only an occasional bonnet.” (courtesy, The Sunday Telegraph)

The cost of replacing 30,000 tiles has been calculated to be £250,000 and doing simple mathematics will tell us that if one fan sponsors one tile, as the director of the museum has requested, it will come down to £9 donation by a person… isn’t it easy for an Austen fan?

Fans around the world, who love the novels by Austen, come forward and save the 17th-century home to Austen when she weaved wonderful novels that still entertain and enthral us. We at Literature News send our best wishes to Lizzie Dunford, the director of the Museum, for her campaign and success of the same.

Moreover, it should also be taken care of by the English Government that they don’t let down a house which inspired Austen to create her fiction. It is certainly nothing lesser than a pilgrimage for her fans around the world and they would never want it to fall.

Literature News, written by a contributor