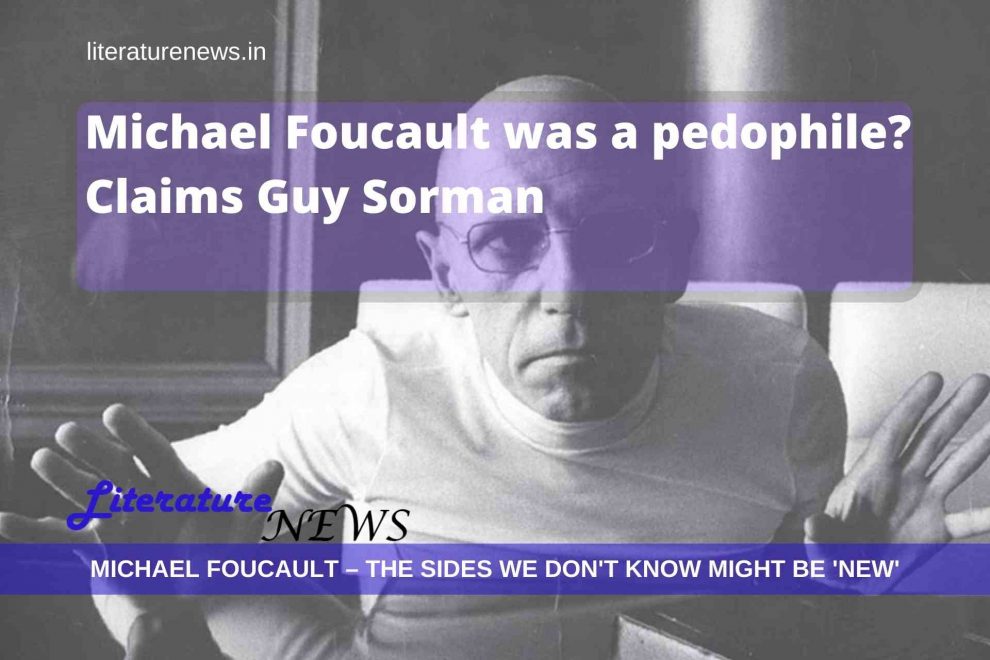 Well, there are many recent stories of ‘victims’ and ‘survivors’ relating to sexual abuse or rape in the past. #MeToo movement has had the world stormed in many phases and we all know how it panned out during the Nobel Prize scandal and it got cancelled (though little like the general template of the MeToo movement). An article published in The Guardian, February 25, 2021, claims that France had a very lazy or rather relaxed response to subjects like sex and philosophers or intellectual giants like Foucault believed ‘sex was personal freedom’. Well, not that free and surely personal – in a recent article published in The Sun, UK, it is claimed that Foucault used to abuse children sexually in Tunisia. According to the article, Sorman, the person who has charged Foucault with the sexual abuse of children, has disclosed many things in an interview published in The Sunday Times.

Guy Sorman has blatantly come up and accused the deceased ‘hero’ of intellectuals and ‘liberals’ of being a paedophile. Specifically, the guy, Guy Sorman has claimed that Michael Foucault used to have sex with Arabic children (boys) while he was staying in Tunisia during the latter 5 of the 1960s.

The veracity of claims may be investigated and nobody would care for it beyond a few sensational headlines – and that also, surprisingly, have been ignored or almost blackened out by most of the publishing houses. However, it is to be noted that France has had a very notorious past and one should read the book Le Consentement by Vanessa Springora and things should fall in line.

The surprising thing about European elite intellectual is that they will claim the rights to express love, hatred, disgust and many other things only until someone expresses it ‘against’ them. Most of the so-called feminists, intellectuals and ‘rights’ activists often ignore particulars; and this is no more surprising as things are becoming more and more obvious because of the regularity of such ‘cases’. Well, Foucault may not have lived to see such a day but I am sure that he must have supported the ‘right to truth’ because nothing you do is new…
by Samridhi for Literature News
Tags#Controversy #News