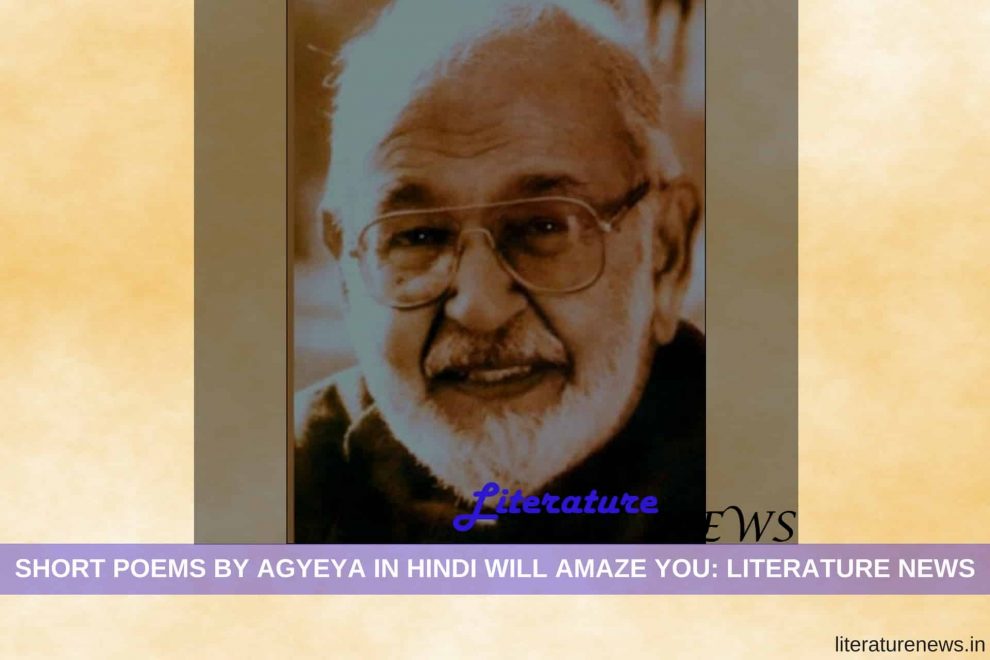 Sachchidananda Vatsyayan Agyeya (popularly known as Agyeya only) was a master of aphorism and it is certainly evident from some of his poems which do not go beyond 3-4 lines. The caprice and the evidence of life that he captured in that were too much joy for the readers and still continue to be so. Today, I will present some of the poems by Agyeya in Hindi for the readers (along with the translations). These poems are mostly written very short and they capture the emotions and the truth very beautifully and precisely. I hope readers will enjoy them.

“the bird flew –
a tremble, then
at peace
was the leaf.”

What do you bring out of this short poem? To me, Agyeya has just told us the truth of the world. We come; we argue; we live; we go away; a momentary disruption and then everything is the usual – calm pervades. This is the truth of life (at least according to the people who believe there is divine). The bird is the soul and the tree is the world – at least to me. Just imagine where the imagination of Agyeya might have been when he wrote this wonderful short poem.

“a day
as usual as other days
took away a year from my age.”

This is just so sad at times that the day we celebrate as a birthday actually takes away a year from the age. Though the law of nature is same, still, it somehow pinches. Agyey captures the emotions wonderfully and he discloses what he feels about the pomp that we love to display on the occasion of birthdays. Part-satiric and part-sorrowful poem amazes you, questions you and enlightens you as well.

“a chase for beauty
as the fish fights
for breaths, behind the glass;
beauty-hunting
(and behind the divide)
is a survival instinct.”

The poem tries to create a divide literally and also figuratively. We, the people of this world, live with our pursuits. Some live to enjoy the entertainment and some live because they indulge in entertainment. A joker in the circus entertains because he has to live and some people go to the circus because they need a little laughter to live.

I hope these shorter poems by Agyeya will not only be interesting for the readers but also offer some moments of serious thinking. Keep reading and keep sharing what you like. Hindi literature of India has also the depths that the English literature of England has.

*translations are by Alok Mishra.

by wonder soul for LN

Top 5 women writers of all time! My List
Virginia Woolf – an author in a room of her own!
Comment