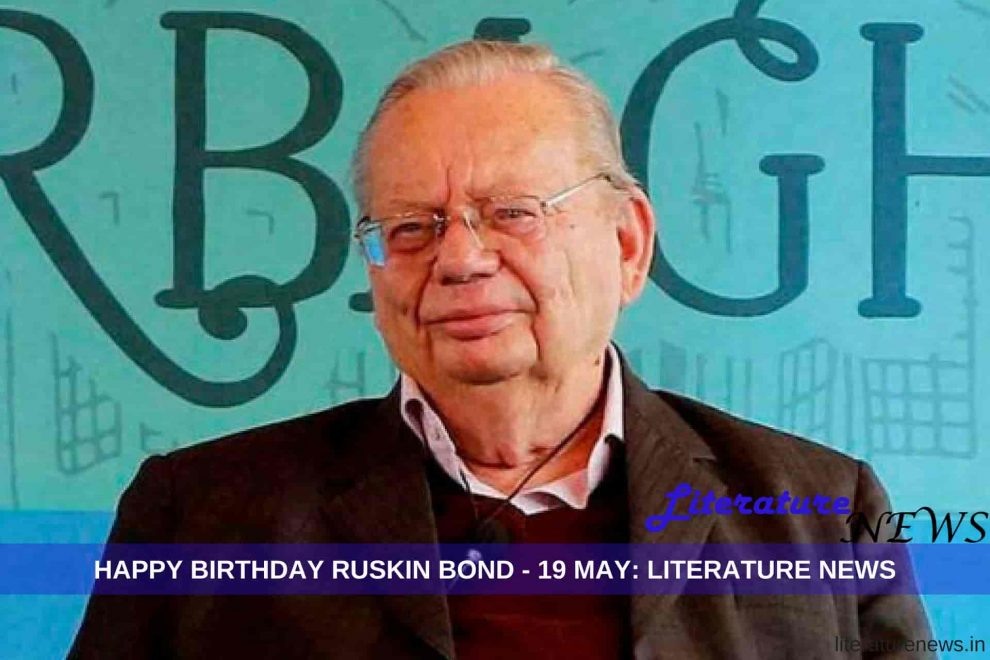 Happy Birthday, Ruskin!
Today, the famous Indian author (leave the arguments about his descent) Ruskin Bond has turned 84 and he is still kicking it well. Very famous among children for his stories circling around the fancies of children, Bond is an author who is humble, easily reachable and then, very hard-working as well. He keeps on writing and writing but never tires out himself. Awarded with several awards in his very long career, Bond has won the prestigious awards from the Indian state – Sahitya Akademi, Padma Shri, Padma Bhushan.

Today, on 19 May, on his 84th Birthday, we are dedicating this article to him to commemorate his career’s best halts which built up his repute as an experienced as well as an author of quality literature. Who can ever forget his character, Rusty? Rusty has been in India; Rusty has been to London; Rusty enjoys adventures; Rusty enjoys calm… there are many novels and short stories which feature Rusty and children just love it. Right from his very first novel, Rusty was regularly appearing on frequent intervals. Some very famous of them are:

The Sensualist and The Blue Umbrella are the novels, among many by him, which are famous and worthy to be popular as well. In most of his works, you will find mountains, hills, Dehradun and many other natural places featured. Ruskin Bond’s novels offer a kind of solace which the readers often look for in the modern literature – contemporary to be precise.

Ruskin still continues to write and impress his readers. Not only his writings but also his tact and humble attitude are very popular and appreciated among his admirers. He is humble, more than it, and reaches to his fans very lightly. You won’t feel that he is a celebrity or some high-headed arrogant for nothing!