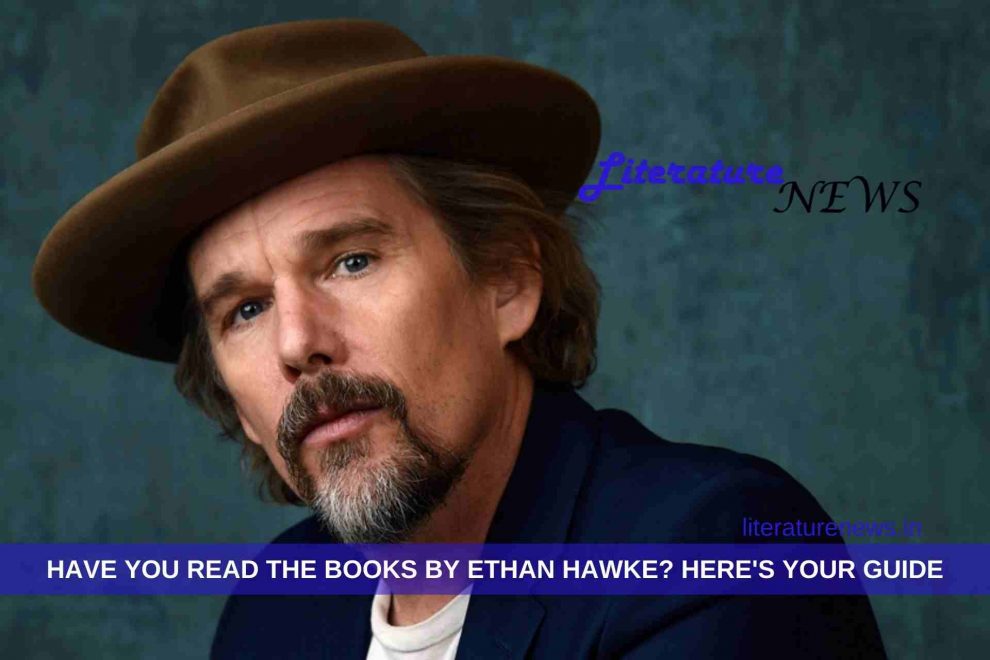 Ethan Hawke is certainly one of those actors who can make you watch even the worst directed or scripted movies… this is his sheer aura, his personal appeal, his acting and his nonchalant talent that he can appear to be acting natural and yet acting at the height of his acting skills… from the society that had died long ago to the valley that witnessed clueless violence, I am in love with the acting of this man. The Before series can never be forgotten by those who might have watched it. It was the romantic, and yet practical, series of movies based on a day or a night or an evening… truly amazing. However, for those who know only one side of Ethan, Hawke is also an author. He has written many books and with his recent publication, A Bright Ray of Darkness, he has once again made it to the desks of the readers who want to read books that are more than contemporary farce! Do you know about the books written by Hawke?

The Hottest State: A Novel, published 1996: Influenced abundantly by the personal life of the actor (and author) himself, The Hottest State tells us how can budding aspirations and stardom in patches lead to confusion of a young mind. William Harding faces the same in his romance with Sarah Wingfield, a beautiful lady. Though the story might seem ordinary at first glance, the novel has something more to it. Language is good and it continues to be a modern fiction with a traditional style.

Ash Wednesday: A Novel, published 2002: Though the novelist in Ethan has too much to say, his lack of writing skills, unlike his acting, might seem to limit his freedom in expressing everything that he wants to. This novel will lull the readers who like to read novels that are happening too fast, pace, action and youthful ambitions. Though the readers who have passed their early years will certainly love the story of a young man wrapped in drugs and confusion… once again, it might be inspired a little by Ethan Hawke’s personal life…

Rules for a Knight, published 2015: If you like reading philosophical novels with an apparent layer of narrative that tells the story and a hidden layer that you have to dig out of the narrative, you can read this novel by Ethan Hawke. The novel is philosophical and cryptic if you care to find out the hidden analogies, allusions and references in the general narrative.

Indeh: A Story of the Apache Wars, published 2016: This might be seen as a sincere attempt at producing something philosophical and deep. Though the ultimate production might not be up to the mark for many readers, you can enjoy the passion of the author Ethan Hawke. He tries to tell his readers the side stories around a war…

A Bright Ray of Darkness: A Novel, published 2021: William Harding returns with his story once again and we are taken inside the head of the mature, famous and celebrity film star who has been on the edge for long… struggling to keep things together, and also trying to be a part of the Shakespearean stage, Henry IV. The novel will take the readers to many dimensions that are mostly unexplored. Popularity, confusion, mental chaos, lack of love, worries for the future… as subtle as his movies! A readable work for those who can endure internal conflicts on the pages of a novel!

You can pick the novels by Ethan Hawke and start reading right away! Here’s a quick link to buy his books from Amazon India in digital or physical formats.

Why Goodreads is the most important platform for authors today? An analysis
Yes, novelists can give blockbuster movies – and Tom Clancy has done many!
Comment