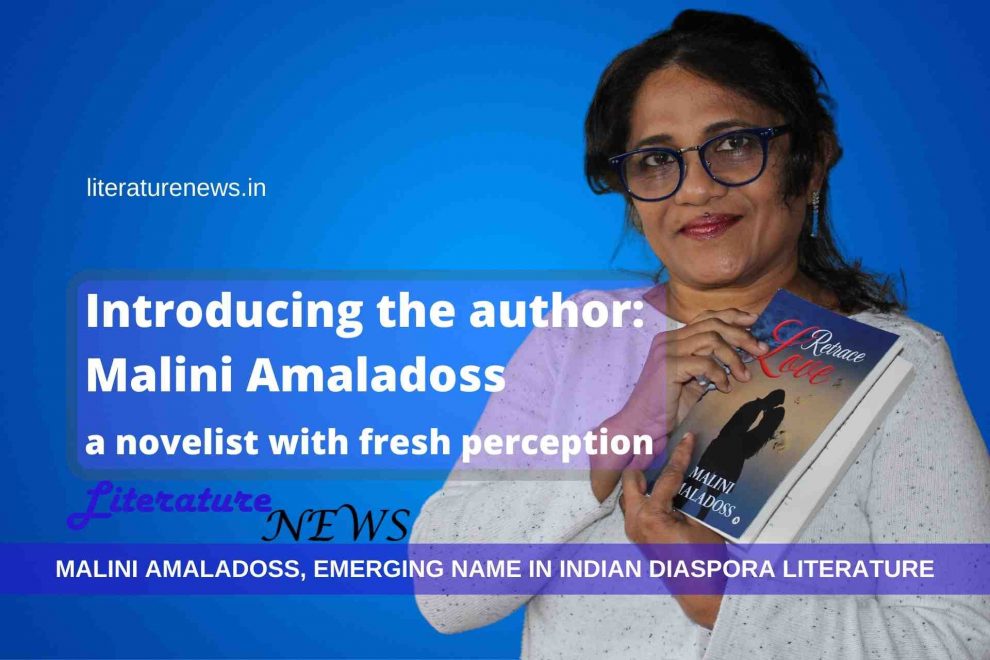 There have been authors who have introduced new genres, new styles and new lexicon to the literature in many different languages. However, there also have been the authors who use their gifted abilities to make the most out of whatever they read and then apply their own innovative techniques to offer elevated literature to their readers. Malini Amaladoss is an author who is an Indian by origin but has been living in the USA for long. She also spent some years in Belgium. An engineer by profession, her artistic understanding and her romantic perceptions are never unlike someone from an art background. Malini Amaladoss, it seems, has used her understanding of different kind of human traits she might have come across in her long career, her years in India and other countries. This is what one can get when they read Retrace Love, the debut novel by her.

Malini believes that love is to be felt… she is an ardent believer in the words of Lord Tennyson who pronounced, in his famous elegy written for his friend and family, Arthur Henry Hallam, In Memoriam:

And the same can be found in the debut work by Malini, Retrace Love. This is a novel that might give hope and inspiration to many who have let themselves stop instead of moving on. Retrace Love is a different kind of romantic novel that exhibits very wonderfully the positive aspirations of the novelist and her understanding of the human emotions, especially, men and women equally. In general, when we read some romantic novels by contemporary authors, a kind of perception bias is there – a male novelist will tilt his sympathy towards men characters and a female will do the same, generally. However, Malini has been balanced, astutely balanced in her narrative and sharing her bias with the characters. Male and female characters in Retrace love are seemingly the perfect embodiments of contemporary people who lose and gain many things, almost every day!

To sum it up, sum up the first impressions that we might garner about the writings of Malini, she is a wonderful writer who has been able to master the complex art of romantic storytelling. Her characters are perfectly designed. Her handling of the dual-layered plot and the wide theme of love, human nature and general life is certainly inspiring and would prepare the readers to wait for more from her in the future… You Complete Me, her next novel is already in the queue.

Sharat Sharma’s unique approach to self-help genre reflects well in The One Invisible Code
Mythology, Indian Ethos & Modern Fiction – Aurijit Ganguli emerges as the most recent novelist to get the ingredients right!
Comment