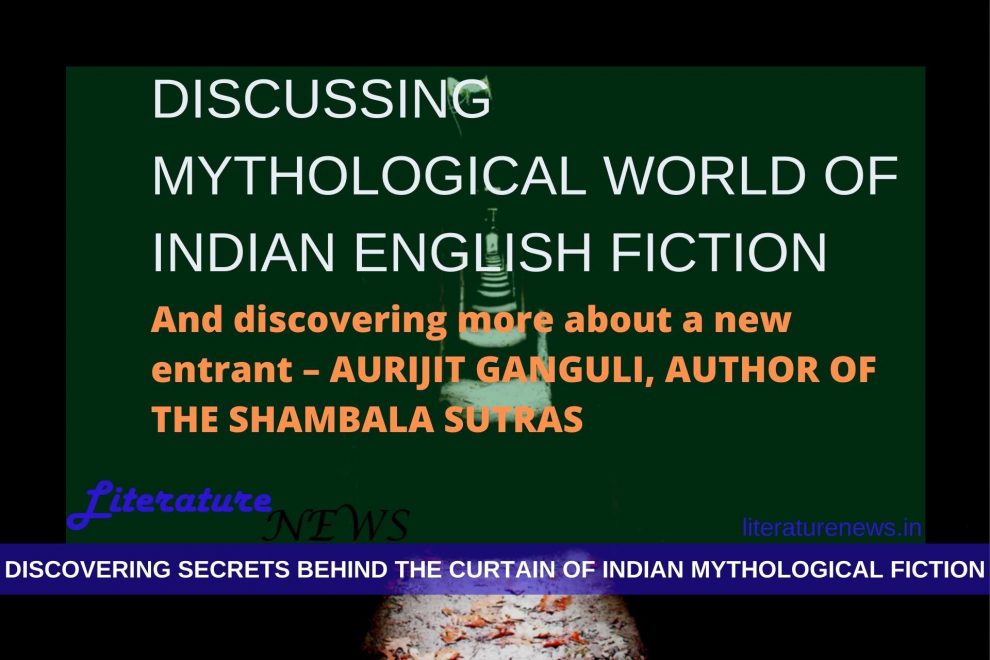 Indian English fiction has always been surprising me with the newness that it spontaneously generates from time to time to balance the suffocation that boring repetition brings to the readers. I found the most recent example to satisfy my quest last night during a candid conversation with my friends. One of them happens to be a research scholar who is working on Indian English fiction in the contemporary age. He, surprisingly, told many things about his ongoing research and also disclosed many interesting findings of his ‘investigation’. Why does a novel become popular? This is the major theme of his research. So, during the conversation, we reached, as we do usually, on the subject of mythology that Indian novelists have been using in the recent decade so frequently to make their novels appealing and communicating. Apart from the popular names (you must know), many new names were also extended by Ravi, the research scholar at the centre of the conversation, doing his work under the supervision of the HoD, Nava Nalanda Mahavihara. An author who received a larger part of the attention of his arguments was Aurijit Ganguli, the author of The Shambala Sutras.

Ravi told that many authors, emerging as well as established, usually forge a novel out of their shrewd handling of the popular Indian scriptures. However, there are the authors who use the stories out of our religious tales in a rather positive way and weave their wonderful fiction based on a positive note with the fusion of true Indian spirit that compels the readers to read their novels and also inspire positive energy. Ashwin Sanghi is an authority in this context and Aurijit can certainly be said to be moving on the same path – without any intended or unintended exaggeration.

The Shambala Sutras is a novel based on a modern exploration of India with an intention to find the possibility of the existence of famous Sanjeevani Booti in the Himalayas… moreover, the twists and turns in the plot are so carefully and wonderfully managed that the novel takes an entirely new shape in the course of the discoures. From the search for Sanjeevani to an exciting search for the mythical kingdom of Shambala that harbours the interests of many people, readers will find the fine art of fiction exhibited by Aurijit Ganguli, even being just a debutant!

The discussion, while it also had space for many other popular and notorious novelists like Chitra, Neelakantan, Amish, Kavita Kane and so on… the newcomer got my attention and I was led into an unexpected excitement to read the novel by Aurijit Ganguli (that I will be doing soon and maybe a book review will follow as well). Novelists like Chitra Divakaruni and Anand Neelakantan take their narratives to very different and almost unexpected heights of delusional realities that cannot easily be digested by anyone who is brought up in the ‘Indian circumstances’. And, as someone who holds authority over the subject, Ravi also extended that these things are part of larger propaganda machinery that runs in the background to give impetus to such works of fiction.

Well, literary conversations do inspire the readers to read something new or to re-read something already read. I will be surely sharing my views on the novel discussed above and I will be reassessing my interpretations of some of the novels that I ‘enjoyed’ earlier. Let’s wait before I find more opportunities like this to sit with the experts and discuss literature in deeper details.

written by Amit for Literature News

Malini Amaladoss – a romantic novelist with a passionately serious story – Retrace Love!
Shawn Vij – an author inspired by a meeting with The Dalai Lama
Comment