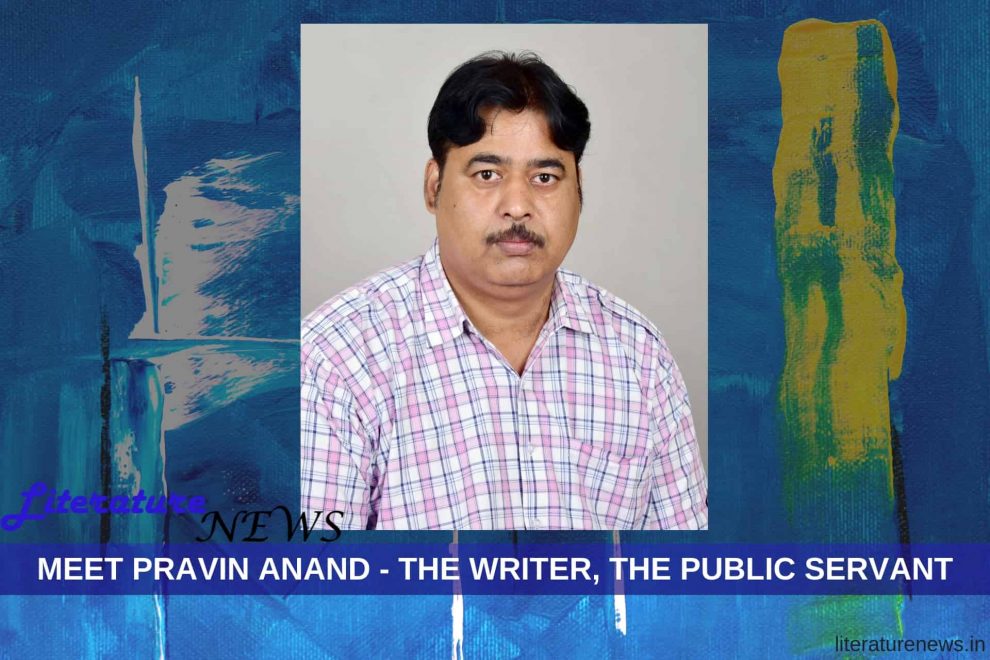 English literature in India has always been diverse, full of inspirational examples and also passionate. Most often, we get to see the examples which inspire us – as readers as well as authors. There are the passionate readers who have been devoting a good part of their life to reading literature; there are the authors who have been busy in creating pieces of literature which might not get the limelight but are very important and noteworthy. Today, I am going to introduce the readers in India to an author who, in spite of being in responsible service, manages the time from his personal life to produce quality leisure and serious literature for the readers. Meet Pravin Anand, the author of Mumtaz and Tajmahal, I Love You More Than Anyone Else, and a literary work focused on social media and its troubles – Mars, Love and Breakup.

Born in Kanpur, UP, Pravin Anand has completed his initial study up to college in Kanpur. Later, he studied at Motilal Nehru Institute and Business Administration (MONIRBA), Prayagraj (earlier, Allahabad). However, after having such credentials, he decided to join the public service and became Excise Inspector in the year 2000 and became the BDO in 2002. Since then, he has been in the state machinery. Nonetheless, the literary acumen of Pravin Anand continued to prosper with the time; he began back in the 90s with the publication of short stories in the leading Hindi magazines in India – Mukta and Meri Saheli. Other than fiction, Pravin also writes articles and opinions for the Hindi newspapers.

Pravin’s works, whether fiction or non-fiction, are mostly based on the issues that interest the people (his readers) irrespective of age. For example, his recent work, Mumtaz and Tajmahal, appeals to each and every reader who admires Tajmahal and would like to know more about the monument of love and the love story behind it. His works in the past also take up the topics which people want to read and discuss – social media and relationships.

What he writes is important, no doubt; he writes in spite of giving his time to the job and then making adjustments to his personal life becomes even more important. We do want to know what this generation of authors are doing in terms of writing and how they want to reach the readers. And on this road to discovery, we have to stay on the milestones like Pravin and learn about his literary art in depth!

Indian English Literature has immense opportunities and a wide horizon. However, we do need to bring out the talents which need to be highlighted and supported. The readers do have the responsibility to support the development of the art of writing by discovering and giving space to the authors who deserve it rather than the ones who just make it happen by the means of aggressive advertisements and other means.

a report by Sushil Mishra for Literature News