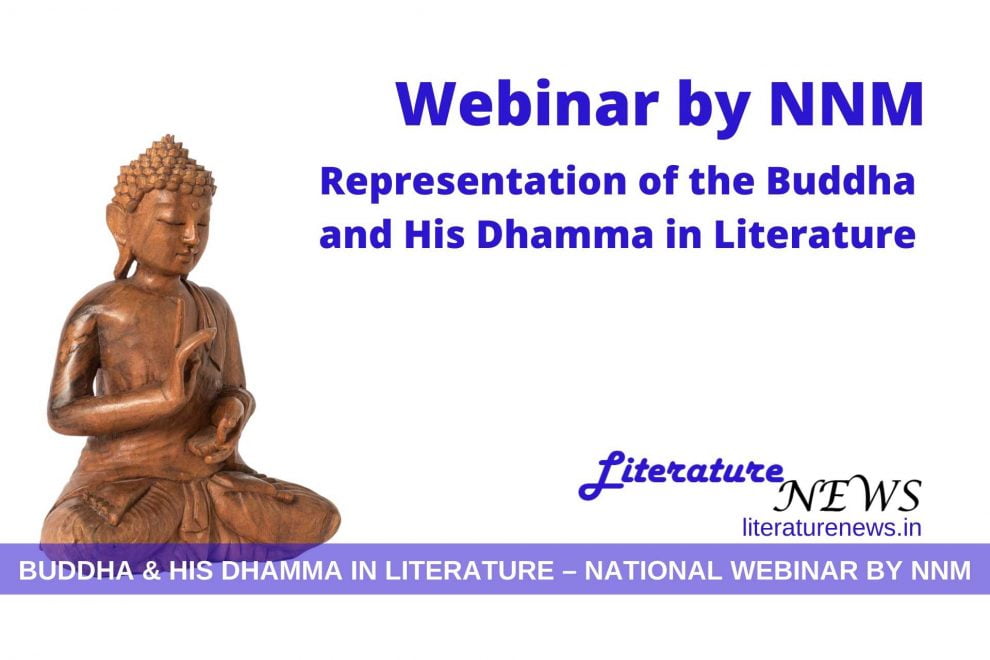 Yesterday, there was a webinar that the English Department, Nava Nalanda Mahavihara, hosted on the subject Representation of the Buddha and His Dhamma in Literature. This was my very first experience of attending a webinar! Though it was not new in terms of technology because I already have plenty of experience in attending national and international corporate meetings on as many platforms as you might name, it was very satisfying that finally the universities, the ones which are hardcore in terms of values and almost newbies in terms of technologies, are embracing the modern calls for change.

The world has moved ahead of the coronavirus hangover and people are vehemently looking for the alternatives to use to get over this pandemic and return to their normal lives. Digital advancements that we have made over the decades have come to the rescue, yet again. While there are many cases of abuse of digital revolution that we can talk about, to the satisfaction of most of us, technology has aided to the experience of learning to a great extent and the true value of it has only been discovered recently when coronavirus compelled all of us to sit home and do whatever we want, but within the four walls only! It is the first step towards modern means of education, educational meet-ups, webinars and it also marks a radical shift in the very approach to the experience of learning and teaching that Nava Nalanda Mahavihara, deemed to be University, has shown with the introduction of its acquaintance with changing contours of higher education.

The webinar was attended by more than 60 participants and there were eminent speakers who presented their views on the subject Representation of the Buddha and His Dhamma in Literature. After the opening remarks by Dr Shrikant Singh, head – department of English, NNM, Dr Nibir K. Ghosh delivered his talk on the Buddha’s representation in contemporary literature with its significance in the contemporary scenario. Professor Ghosh wonderfully connected the present chaotic scenario to the theme of the webinar and juxtaposed it with the peace and patience preached by Buddha. He also displayed his apparent worries about the ‘mushrooming of many Buddhist centres’ which compete for ‘one-upmanship’ in the field Buddhist philosophy.

The second lecture was delivered by a well-known, retired and reputed professor of English literature Dr Ram Bhagwan Singh, who served at Ranchi University. He tried to summarise the basics of Buddhist presentation in literature, with special focus on Indian literature – both the kinds of literature, primary as well as creative. It was followed by the wonderful simplification of the theme, various issues related to it and contemporary significance of Buddhism in literature by Dr Baidya Nath Labh, the honourable Vice-Chancellor of Nava Nalanda Mahavihara and one of the well-known scholars of academic Buddhism in India. He took the opportunity to summarise Buddhism for the participants of the webinar which included research scholars, students and also professors. VC’s talk was a classic example of vertically rising intensity as the arguments went deeper into the originality of the Buddhist philosophy and modern problems surrounding it. It was a perfect concluding remark, to be honest!

Though it is just the beginning of more such events that I look to be a part of, it was a wonderful experience for me as I could connect to many new people and learn new things from them. Nava Nalanda Mahavihara was established with the purpose to revive the ancient glory of Nalanda University and it has been trying to do so since its foundation. I am sure we will lead the way, yet again!