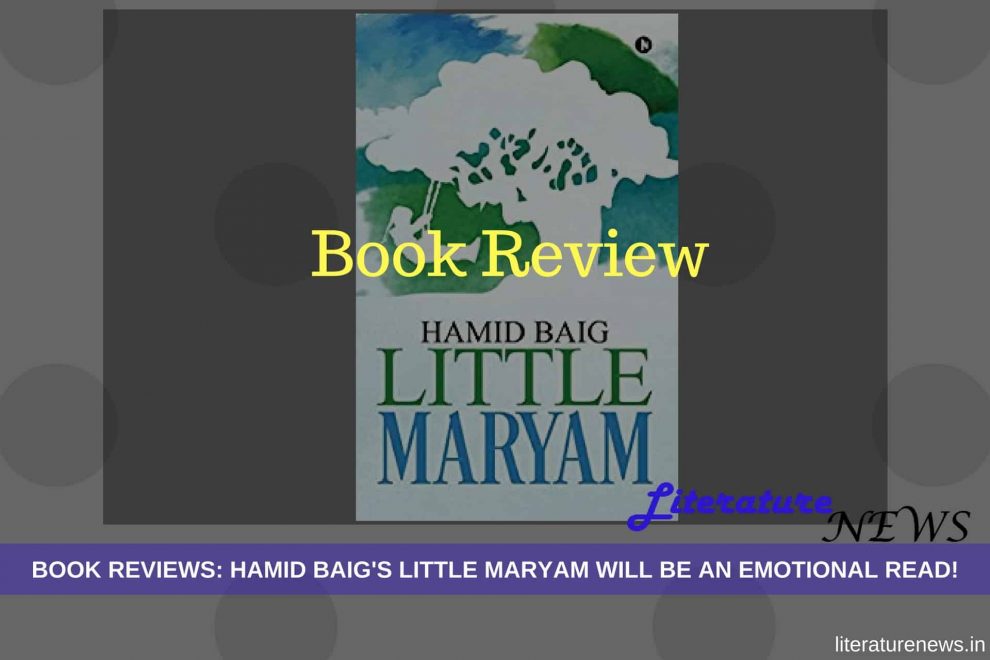 Little Maryam is a novel written by Hamid Baig and to be marked that this is also his very debut novel. A straight read into it will tell you that the novel is a love story of two very different individuals – Saadiq and Maryam. These two grow up together and fall in love with each other because one is the company of the other and likewise. However, the love story has its twists and turns and something that I haven’t read in the recent fiction books. Saadiq’s personality is very complex and it has its facets which unfold as the novel progresses. He loves Maryam and for her love, he can do anything. This is the only constant thing in his personality and rest others change according to the time… when in jail, he almost becomes a criminal and when out, he becomes a qualified doctor as much as to win the prestigious Nobel Prize!

Hamid’s book Little Maryam is a pleasant read, to be sure. I am very much impressed with his plot. He has kept the curiosity level of the readers always at a high because his narrative uses all the devices to make sure that a reader has to read the novel until the end and if one does not, he or she will miss almost everything!

The theme of the novel is love, no doubt. However, the vision is there, for sure. Hamid’s construct has been to let the readers know that not only falling in love, but many other things are there which one has to take account of. He has used the participation of circumstances and fortune in his fiction and those are wonderfully used as well. Moreover, he has also tried to hint at the problems of class, creed and material gap which we have created in the society. Colonel certainly represents the aristocratic class and Haji (Saadiq’s father) represents the class which can be termed a little lower than the middle class.

Saadiq’s personality has been given a little more attention than any other’s. He is moody and a little arrogant as the novel opens. When we get into the flashback of the memories, we have a Saadiq who cares for his friend Maryam and as we go further deeper in the memories of Saadiq, we have a lover who is ready to do anything for a union with his love. Maryam has been designed a typical woman of Indian society who has to obey her parents and take care of the social sayings. The goons and thugs or the villains are no more in the novel except for one named Ashish (a local MLA) who plays an important role in this novel.

Even the minor characters have been given due importance and their roles to play. Miller, the reporter who encounters Dr. Saadiq Haider at the beginning, is also very important. Salman has also his role to play and so on…

To conclude, the novel Little Maryam has something or everything and it is certainly a striking piece of fiction which will keep you involved as you read it. The plot is witty and cunning to make a grip on the readers’ mind and never lose it until it ends. Pathos is there as well – and, so, I will surely say that Little Maryam is a MUST READ novel! If you are interested in reading some gripping tale (and short as well), you must have a copy of this very genuine and standard fiction.

To further encourage you with a teaser, here I will reveal a little about the novel:

Saadiq loves Maryam and wants to marry him. He is trapped into prison for a crime he did not do. (What was the crime?) When he comes out, everything is changed and he is lost into oblivion for a while. He works hard and achieves great height. (How high?) He encounters Maryam again. (How and where and why?) Will they both be united? What will happen? Will they live happily thereafter? The answer is no! You have to read this tale to enjoy the great build up!

A must read romance novel of a different kind which you can surely enjoy very much!