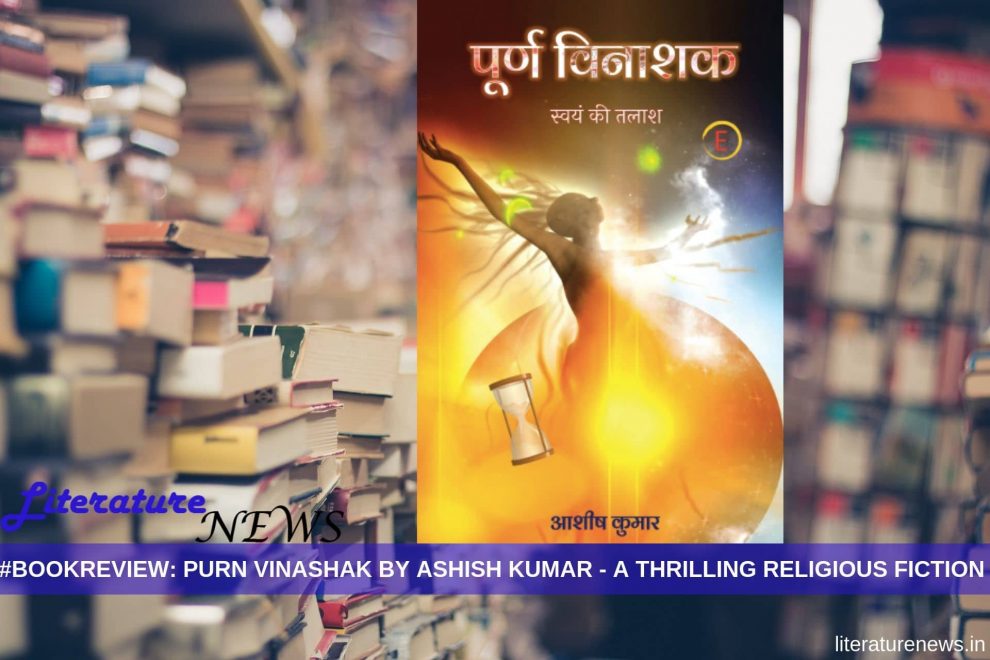 After many days of reading casual fiction in Chetan Bhagat style, I had the opportunity to read something interesting and exciting. Shall I call it a serious fiction? Maybe yes and maybe not and maybe I will keep my things in balance and would love to say that Purn Vinashak, a novel in Hindi by Ashish Kumar, is a work that offers various emotions, various abstracts and various thoughts while the readers go through it. It connects different ages together – there is a character named Surya Singha who is the link between Ramayana, Mahabharata and the modern world – how? Any guesses? Surya Singha claims in front of the major characters Ashish, Puja and Avinash that he is none other than Vibhishan himself, the much-debated brother of Ravana.

Excited enough? I was almost shocked in surprised to know that I was reading something that mentions Vibhishan and his woes after Ravan cursed him for treason and family betrayal. The novel begins with Ashish, Avinash and Puja shown as modern people with interest in ancient epics and religious texts of Hinduism. However, after a while, Surya Singha takes the lead role and he narrates various stories from ancient Hindu epics Ramayana, Mahabharata and also about Krishna and Ram and others. The facts are more than interesting; the facts are more than exciting; the facts are more than simply being called amazing!

The twist in the novel comes with Surya Singha revealing his true identity as Vibhishan and then also revealing his curse that Ravan added to his misfortune. Moreover, he wants free from his curse and that’s what keeping him alive – he cannot die and he has been witnessing devastation on earth since Ramayana, Mahabharata and also the two world wars. Vibhishan tells his story and his want for death – his eternal want for death that does not come to him.

Other characters in the novel want to rescue Vibhishan from his woe. Ashish attaches himself with Vibhishan a little more than other characters and he learns many secrets of life from him. Vibhishan reveals the treasure of knowledge to him and other two – Puja and Avinash. The readers will have a lot to read and understand. However, the readers who are not interested in mythology or history or religious facts might not like the novel’s descriptive nature a lot. Nonetheless, there is nothing less in the name of excitement in the novel. A reader will be excited while reading the work and then certainly shocked at the end when the novel concludes. Why? You can know it only by reading the work yourself.

What are you waiting for? Go ahead and grab a copy of this exciting Hindi novel by Ashish Kumar and read Purn Vinashak yourself.

Review by Ashish for Literature News

Tatva, Soul & Karma – Tanuj Lalchandani – Book Review
I am in Love Now I Can’t Get it Up by Anuj Tikku – review
Comment