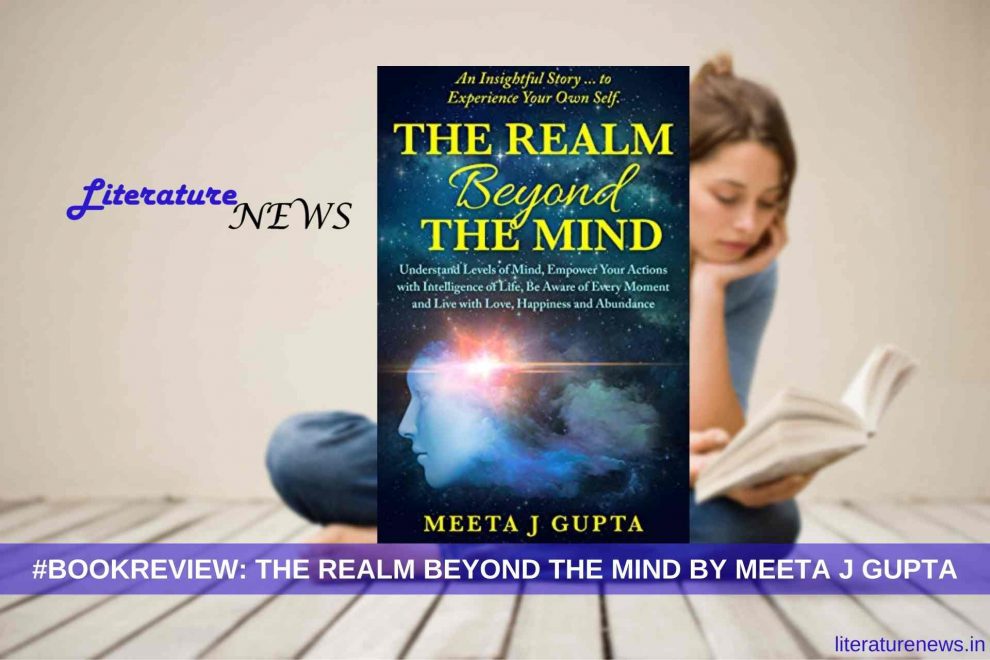 How would you react to most of the novels written by modern, young and casual authors? ‘Ah, that’s too romantic!’ ‘Oh, not again!’ ‘I just read something like this a few days ago.’ ‘Nothing new…’ And so on. However, how many times do you get to utter the words like – that’s new; I want to read more like this; it’s an amazing work! Well, you might get to the latter words once you read the novel which is about to be reviewed in this article – The Realm Beyond The Mind by Meeta J Gupta. Believe me, the novel is nothing like the ones you may have read recently and it offers much more than what we expect from modern authors. Meeta has worked really well on her story, characters and it has come up almost like a modern allegory that reflects contemporary human conditions – inside and outside.

In the novel by Meeta, you will find characters who resemble something, some ideas or a group of persons. And one can easily guess by reading Meeta’s biographical notes and her acknowledgement that she is a follower of Jiddu Krishnamurthy and so we have Krishnamurthy as a character who rather interprets everything for the readers. Meru is a young lady who comes from the Crystal World, described by the novelist as the realm beyond the boundary of thoughts, and she meets Master Tao on the peak of the Himalayas where she learns basic lessons in human life. She is soon gone with Vaid (Aryurvedacharaya) Moti Lal where she learns many more lessons of this worldly world. Darsh, the grandson of Vaid Moti Lal is too cynic about Ayurveda and the tact of Vaid Moti Lal who takes all his patient-doctor assignments like the welfare of the general masses and does not pay attention to making money by ‘selling’ his art and knowledge of Ayurvedic medicine.

In the name of an evil or bad or dark character, we have Dr Wick who is trying to launch a medicine that can cure nuclear radiations. However, he does not have positive trials and he does not even bother to push for the launch of the medicine without ethical means of trying it before making it available on the sales counters. And there you have your general storyline of the novel – the tussle between Vaid Moti Lal’s welfare with Ayurveda vs Dr Wick’s evil plans.

However, Meeta J Gupta, the thoughtful novelist, has added many layers in her work and it should be apparent to the readers who read novels taking care of every minute detail. Titles and subtitles of the chapters give us quite a clear picture of the metaphorical significance of the novel. The author is talking about human beings in general who don’t have the time to think beyond their daily chores, money and occupations to make more of it! The story is clear when you read it as a story but too subtle when you care to look beyond the story. You will find many lessons for life – personal life vs life as universal force or one with the universe concept… love in the truest sense when ‘I’ goes absent… many things!

Technically, the novel is written with very ideal proportions of things that readers generally like to see in a novel. The spiritual or the religious or the philosophical (anything you can say) angle will give the readers a feeling of newness that they seldom get by reading usual romantic, thriller or comic novels. The language is matching the glimmer of the story and the theme is grand… equally met with a plot that can sustain various layers employed by the novelist.

You can get a copy of this must-read novel from Amazon India in a paperback or Ebook format. Click the link below to get to the Amazon buying page:

Review by Amit for Literature News

The Realm Beyond The Mind by Meeta J Gupta – Book Review

A fitting novel for those who seek different… deep and something more than the casual writing being practised by many Indian novelists!