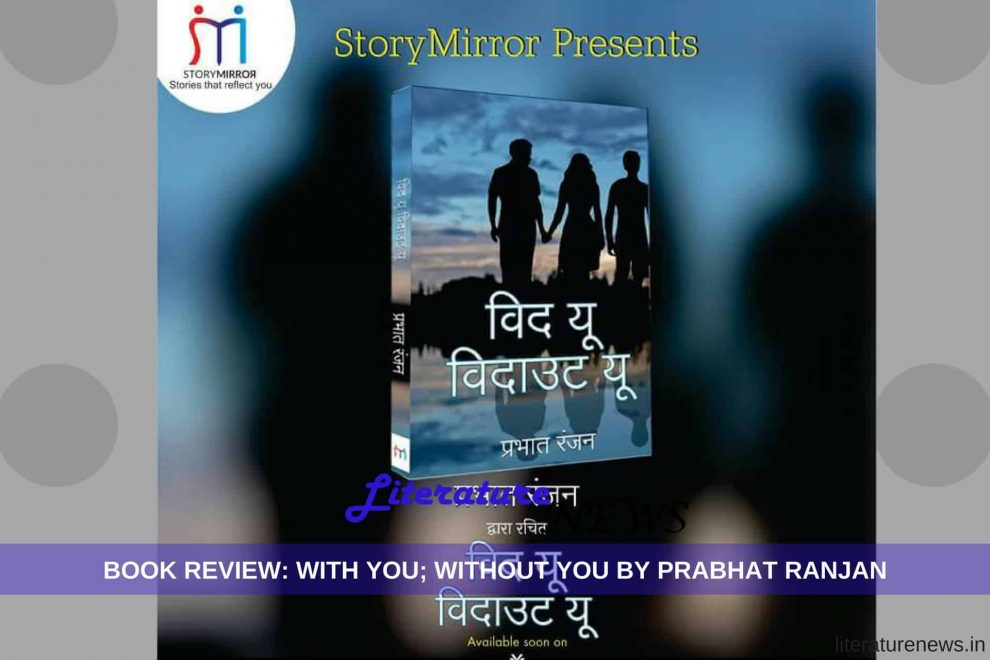 Prabhat Ranjan’s With You; Without You is all about the qualms of a young man who feels that he has committed a crime in the past. And that crime was not a crime of the greater significance if you see it from a different perspective (and also after you read the conclusion of the novel). However, Nishind feels that he has committed a crime, almost a sin! Other things that you will find in this beautiful Hindi novel is a vivid description of love and friendship and of that narrow lane that parts the both. Moreover, the character of Rami beautifully portrays the females who are committed about their dignity and who wish to survive on their own; with an identity of one’s own and without the crutches of the social imposition and cuffs in their thoughts as well as their actions. You will love the novel, in short!

The novel begins with a narrative in the retrospect mode and we are taken back to the past of the three major characters, Nishind, Rami and Aditya. Nishind is also the character from whose perspective the novel is narrated. These three characters are childhood friends and their friendship ends in somewhat bizarre manner when Nishind falls in love with Rami and she, instead, falls in love with Aditya. Just to ensure that Rami also loves him back, Nishind does something to separate Rami from Aditya and the three friends are parted for long.

In the modern time, that of now, the novel takes us to a different kind of scenario where Nishind is working in a reputed position and Rami, posing as Rashmi Desai, also works with him. Nishind things that this is his golden opportunity to redeem the sin he has committed and he tries to do everything to ensure that Rashmi and Aditya come close once again. However, the time has changed and Rashmi now falls in love with Nishind and the novel With You; Without You gets fuelled up with thrill and excitement. What will be the course of love this time? For more, you need to read the novel yourself and enjoy it.

Written in Hindi, Prabhat Ranjan’s With You; Without You tries to portray the confusions and imaginations which often are found in the youths in the early ages of maturity. The novel does not take the ‘cheap route’ of sexual fantasies and which, I think, is the win for the author! The novelist does not let the narrative of his debut novel succumb to the mere commercial stunts and does not highlight any other thing than his important messages which he has in plenty to deliver – he talks about the importance of family and relationship; he comments on the modern ways of life; he speaks on the issues of female independence and women liberty; in all in, you will find that the novel does not colour itself entirely blue of a complete greenish. It has the colours of the vivid sheds and With You; Without You does not bore you a single second. The intriguing plot which revolves around the three characters mainly, makes you feel, as a reader, that it has more meaning to it than what the novelist is suggesting.

To conclude, dear readers, you will be loving the novel once you start reading it and you will be forced to think by the moment you have finished it. Prabhat Ranjan has tried to depict his thoughts through a wonderful fiction that he has created. Hopefully, this will serve you at least three to four days of entertainment and pondering. And if you are a pro-Hindi literature type of person, you have a treat – go and savour! Get your copy of the book from the Amazon India link below:

Prabhat’s With You; Without You on Amazon

review by an LN staff

With You; Without You - Review

A debut worth made!