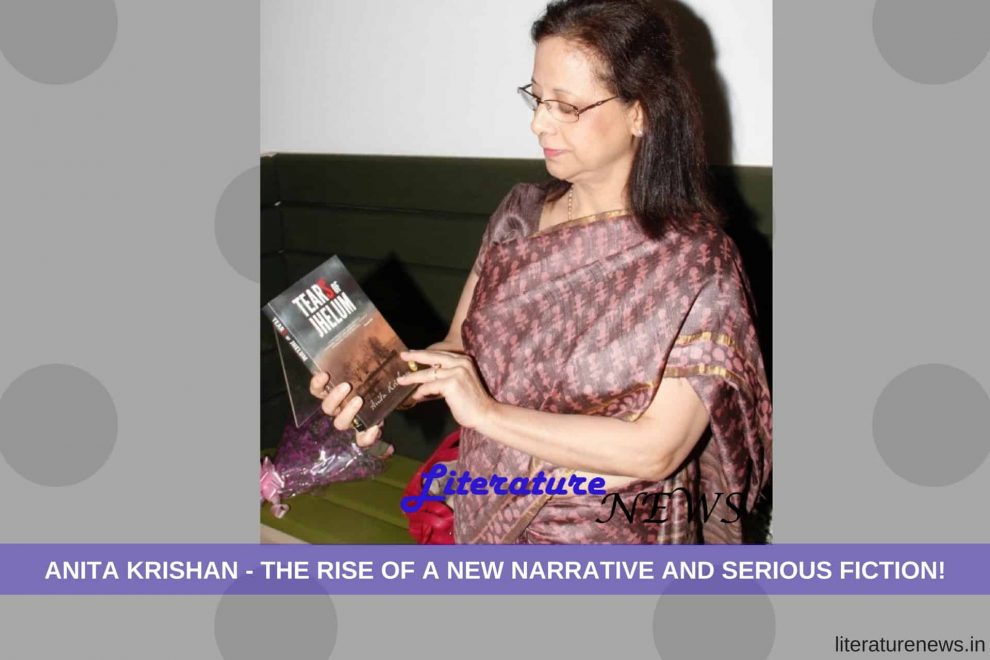 Terrorists are talking to each other even in the ‘probable eleventh hour’ of their lives – “should I be doing this? should I be killing people? am I not a free man? what freedom will this bloodshed bring?” And this talk has been lengthened to a considerable length in the first chapter of Anita Krishan’s latest book, Despite Stolen Dreams. And the emotions that she has captured in the conversation are just urging enough for the readers to understand what transpires behind the curtains – there are sane people who have been lured to this futility of freedom’s bloodshed! Anita Krishan has just helped the absurdity evaporate and the reality prevails in her latest book with her eloquent narrative.

Among the modern Indian authors who write so often in English and make a good impression upon the youths who read their books, it is hard to find the authors who should actually be read and termed ‘serious about their business’. To sell their works, they are playing harsh with the sentiments of the young readers and offer them something which is entirely absurd or partly sane. Standing on a different pedestal, Anita Krishan has marked her presence very carefully and very impressively. She writes nothing of the sort which can be claimed to be in the trailing-trend because she has wider perspectives attached to her themes. Her rich experience comes from, perhaps, her lengthy experience as a literature professor! Her plot construction and her art of protracting the narrative are very clever and that’s how she keeps her readers indulged.

If a reader likes reading Thomas Hardy or has dived deep into Brontes or Thackeray or even Dickens, the flow of language that Anita, as a novelist, displays in her books should look amazing:

“Autumn crept in slowly, the scorching summer heat giving way to a slight nip in the evening air as winds reversed their direction and began to blow from the north.”

The natural flow in the language can easily be observed. It is only because Anita Krishan wants to offer the readers not only her serious themes and plots but also the pleasure of the diction and narrative… and this noble practice makes the reading even more pleasant – away from the dull and hurried fiction which somehow looks to finish itself asap!

Personal Background:
Anita Krishan, born in 1955, was raised and educated in Shimla. She completed her graduation and postgraduation in English Literature from Himachal University and began teaching the college students, a career that ran for many years to come. In her role as a literature professor, Anita has guided many students towards a better understanding of literature in general and literary art. She is currently a columnist with The Indian Economist where she contributes with her writings on national and international issues.

Publications:
You can buy these books from Amazon India. Click on the titles:

Virginia Woolf – an author in a room of her own!
S A Joseph: Interview with the author of An Apology for Shakespeare
Comment