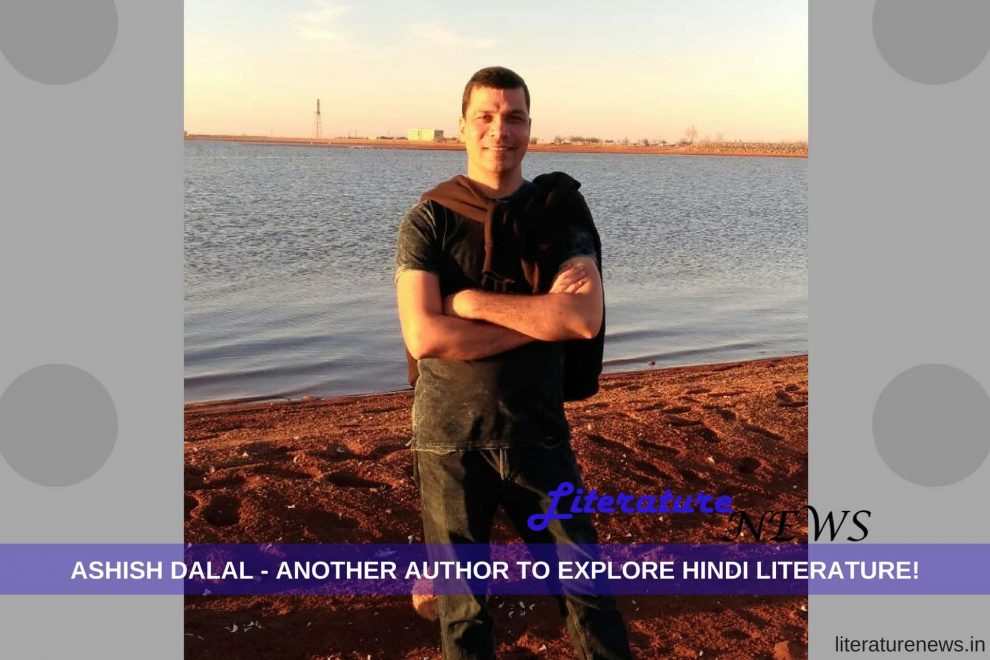 Extending further the ambit of Hindi literature, another author with wonderful storytelling skills from Gujarat is going to make his debut with the short story collection Uske Hisse Ka Pyar (उसके हिस्से का प्यार). Author of this wonderful collection of Hindi short stories, Ashish Dalal has already been enjoying fame for his pieces which he used to publish in the leading newspapers and magazines featuring Hindi literature. Born in the year 1978 in Gwalior, MP, Ashish Dalal is trying to carve a name for himself in the great tradition of Hindi authors from the country who have contributed a lot to the building of a literary line-up and entertained as well as enlightened the society with their creative writings. As his genre is short story (short fiction), Ashish believes that only spice cannot help authors reaching their audience – there must be quality in the substance of the stories too and that is how his writings reflect.

About the rise of Hindi literature and the choice of modern authors to present their narrative in Hindi, Ashish Dalal has the following to say:

“You hear from everyone that no one read Hindi books or does not like Hindi Entertainment. But Hindi has now become the medium entertainment of TV and Cinema. Literature World has changed from Premchand yug to new generation writers. Many young writers reveal social issues or changes in society in their literature. Female writers reveal the truth of life which is unknown to the world. It is heartening to see that the theme of sexual assault, gender injustice, communal issues, social and political issues, naxalism are addressed recurrently in contemporary Hindi writing.”

I am sure anyone can but agree with the prose writer here. Ashish is vindicated because we can certainly see a rise in the works which are in Hindi rather than English. A phenomenal rise in the readership of Hindi literature has been witnessed in the recent years. True that the substance and the themes of the fiction or the non-fiction should be contemporary and up to the mark and that is why we see authors like Ashish himself coming up with the concurrent topics in their works.

Ashish Dalal generally writes about the theme of love in a broader perspective and he presents the dimensions which are the part and parcel of human life in the day-to-day casual world. Who does not fall in love? Who does not come across situations when at the centre of the things is a love marriage? Which household does not see the tremors after a new marriage? Which day you don’t read in the newspapers a story about how the parents did not allow their son or daughter to marry a certain person? These are themes that Ashish has tried to explore in his upcoming book and his narrative has been fantastic (initial read).

Uske Hisse Ka Pyar should be in the markets by the mid-November 2017 and Ashish is highly enthusiastic about this achievement. He wishes to reach as many readers as he can and contribute his part to the evolution of Hindi literature.

S A Joseph: Interview with the author of An Apology for Shakespeare
Palak Kundra: Rise of a NEW Narrative in Indian Fiction
Comment