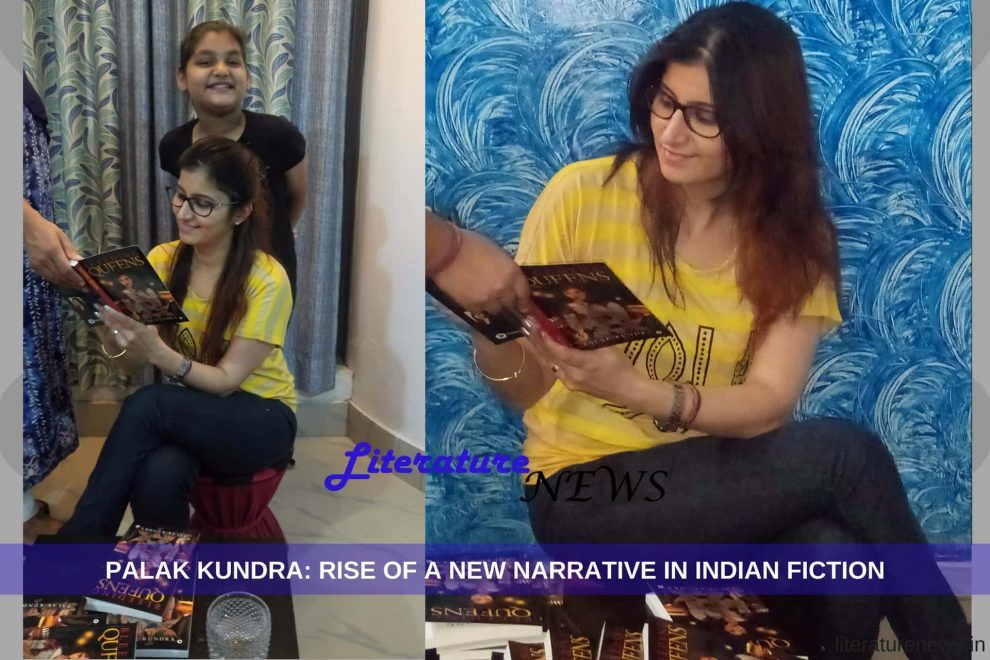 How bold can a narrative in fiction be? Well, this question will certainly lead to a million ambiguities leaving behind Empson’s only ‘7 types’. The classic case of Indian fiction has certainly kept the supposed ‘weaker sex’ deprived of being a part of the narratives which seem to be bold and courageous. You will only find the heroes who are capable of feats those seem almost impossible for the heroines to achieve. Many times I have thought – what is the reason? What is the reason that even the women authors forget to ascribe the strength and endurance and vision and capability in their women characters? Nevertheless, some of the exceptions are always there and well-nigh good as well. Still, there is a void. Recently, I came across the work by an emerging novelist from Amritsar, Bleeding Queens. The author of this work is Palak Kundra and she is herself a character built of strength and determination. And she, I think, has done justice with her lead character Diljit in her novel.

Palak Kundra’s narrative is also indicating a kind of paradigm shift from the conventional ways writers used to portray certain events in their fiction. A woman was supposed to be good but not so bold to raise her voice. A girl was supposed to be a good beloved only – mute and accepting. A rape victim was supposed to be silent, deteriorating and losing. Palak has changed all this with the very first novel. Her work Bleeding Queens indicates also a kind of liberty from the ‘convention’ in Indian fiction. She is trying to give voice and strength to the women through her novel.

Though, going by the strict rules of Structuralism in literature, I will say that her novel is the usual extension of a plot which has been used in many novels previously; nevertheless, it does not do any justice with the hard work she has done for her fictional success. Palak has defied the theories this time. Her narrative has a girl who is braver than the boys and courageous than the ones who are supposed to be so. Even after her rape, she is the one who does not give up or lose hope. Yes, she does need the impetus which is provided by her brother and her sincere and a true lover. And I am sure that readers and critics will surely appreciate the new kind of narrative experiment that she has done.

Someone from our team will be doing the book review of Bleeding Queens very soon. And meanwhile, if you want to read the book and see exactly what Palak has written about her lead character who is not only a rape survivor but a warrior, you can always get your copy from Amazon! Use the link below and download a Kindle edition or buy a physical book from Amazon India: