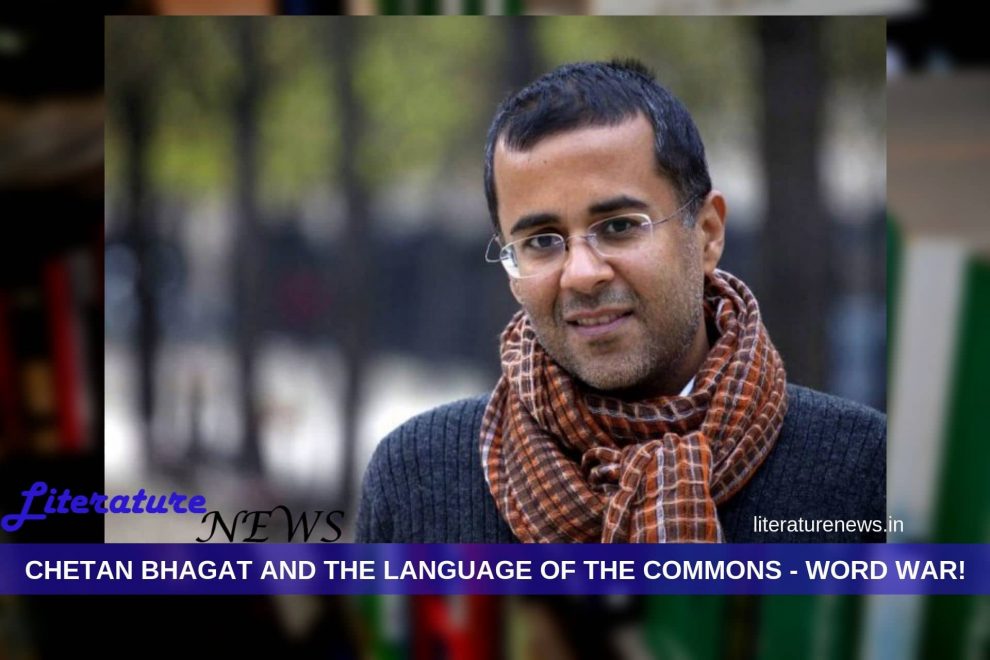 In a Patna event, a few days ago, Chetan Bhagat has raised a very important point. Speaking to the students, Chetan Bhagat said that his books are not liked by many even without being read and the reason is very simple. Because Chetan does not write in an elitist language, ‘intellectuals’ in the writing and other arts don’t associate with his books. Is this a good enough reason to hate his writings? You can better think about this.

Literature, in the days of authors like Anita Desai and Kamala Das and even in the case of Amitav Ghosh, has been sophisticated and for ‘select few’. The elitist language made it highly difficult for the common readers (who rather enjoy reading) to read these novels. When Chetan Bhagat tried to simplify this, he succeeded and his novels reached many millions who were previously untouched by the literature of ‘height’. Is this what makes Chetan Bhagat a criminal? Helping literature reach people in millions is a noble cause and one can have disagreements with the ‘quality’ of literature. However, to disrespect Chetan for his language, which is simple, is not a good thing!

Inspired by Chetan Bhagat, there are many new and emerging authors who write in simple language and make sure their fiction reaches many and many readers rather than reaching those a few sections of elite readers who read ‘when they wish’. Many authors like Ravinder Singh, Durjoy Dutta, Ravi Dabral, A Pandey and so on… there are many who have begun writing in simple language and their fiction reaches many readers. Is it the increasing number of readers for these authors that trouble the authors of elitist literature?

Moreover, even if it’s about the quality of literature that the intellectual authors complain, I have never seen them criticising the likes of Shobha De. What kind of literature does she produce? What is quality? What is the use of the pieces that she writes? Still, there are no voices of criticism for her from the group that criticises Chetan Bhagat and likes of him. You can agree that the standard of literature that Chetan and his lot produce is for the readers who read everything. Yes, there is nothing or almost nothing of value in his works. Still, he has popularised literature among the common citizens and it is he who is the cause of a revolution in the publishing industry – accept it or keep grinding your teeth in disagreement!

Literature should be for everyone. It should not limit itself in terms of the language standard. Let people read whatever they want and they will decide for themselves what is to be read and what is to be ignored.

by Ravi for Literature News

Our ‘Beloved’ Toni Morrison is no more!
Rishabh Bhatnagar – meet the next generation novelist
Comment