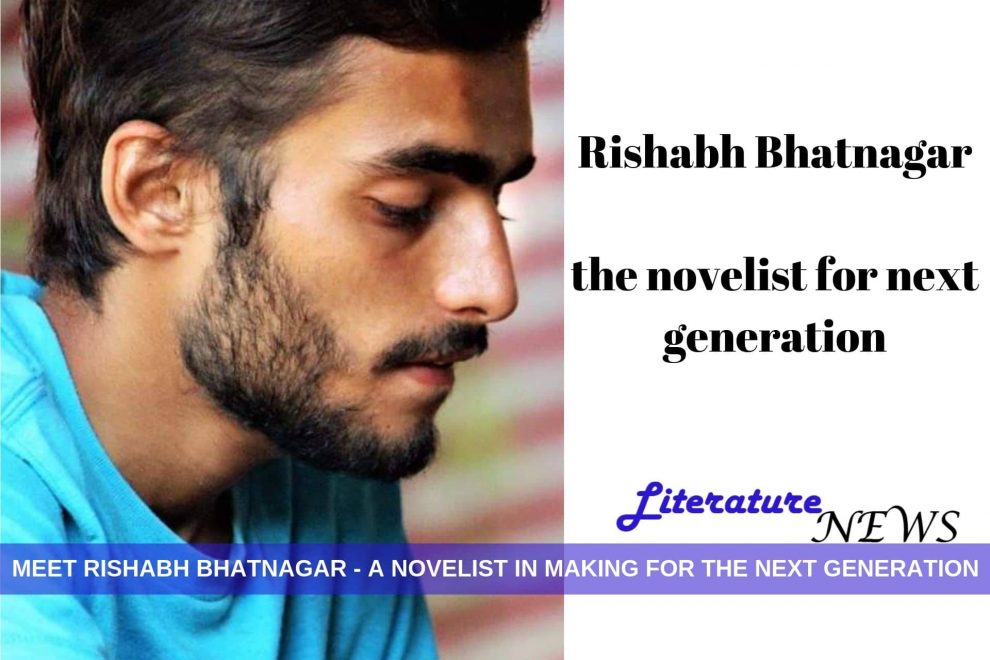 Born in Delhi in 1996, Rishabh Bhatnagar grew up in different towns. However, the largest part of his life, until now, has been spent in Hyderabad where he is pursuing his Law degree at present. He is studying law at Nalsar University. Having been a close and keen observer of life and people around him since his childhood, Rishabh began taking interest in writing and reading at an early age. It was the result of this interest that he began writing serious fiction and non-fiction from an early age. His first novel, Stone Age: India: 2017 AD was written and published when he was just 21.

Rishabh mostly writes about realistic experiences, his own, that he gathers from his personal quests, discoveries and life, ultimately. Seeds of realism were sown in his very first published novel in which he wrote about drug and narcotics addiction in youths. Some of Rishabh’s friends were caught in possession of marijuana and that inspired the first novel. Likewise, his second novel, published in 2019, is about a youth who is growing up and has various experiences about society and people around him. A coming of age fiction in literary terms, The Great Indian Bust is a novel that has been inspired by Rishabh’s first-hand experiences. He tries to put together the thoughts of youths – a society that propels or a society that hinders!

About his interest in writing, Rishabh has quite a few things to say. He enjoys being a writer, the first thing. And the second thing is that writing is a form of expression that does not hold someone within a limit. Writing is beyond limitations. In his own words:

“Because one does not have to hold himself back, even a bit when he is writing. It allows me to reflect on things, but mostly because it makes me feel better about myself and everything else.”

Moreover, about the usage of literature and the contributions of a writer, Rishabh has quite frank opinions. A writer should not be a person with a magic wand who can change society into a Utopia in a day. A writer should help people relax and forget their woes, at least for a while. He says:

“He can change the way people think, but his most important job is to make people temporarily forget their problems and give them hope, even if it is only by telling them that things can always be worse.”

Rishabh Bhatnagar has many plans for his future in writing. He is still exploring the meaning of literature for himself but still, his writing is serious compared to many other authors of his age who just wander around the same tree of romance. You can read his latest book by getting a copy from Amazon:

Buy The Great Indian Bust by Rishabh from Amazon India

feature by Santoshkant for Literature News

Chetan Bhagat and the language of novels – word wars!
Dr Sarika Jain enters the feminism horizon with her book – SHE
Comment