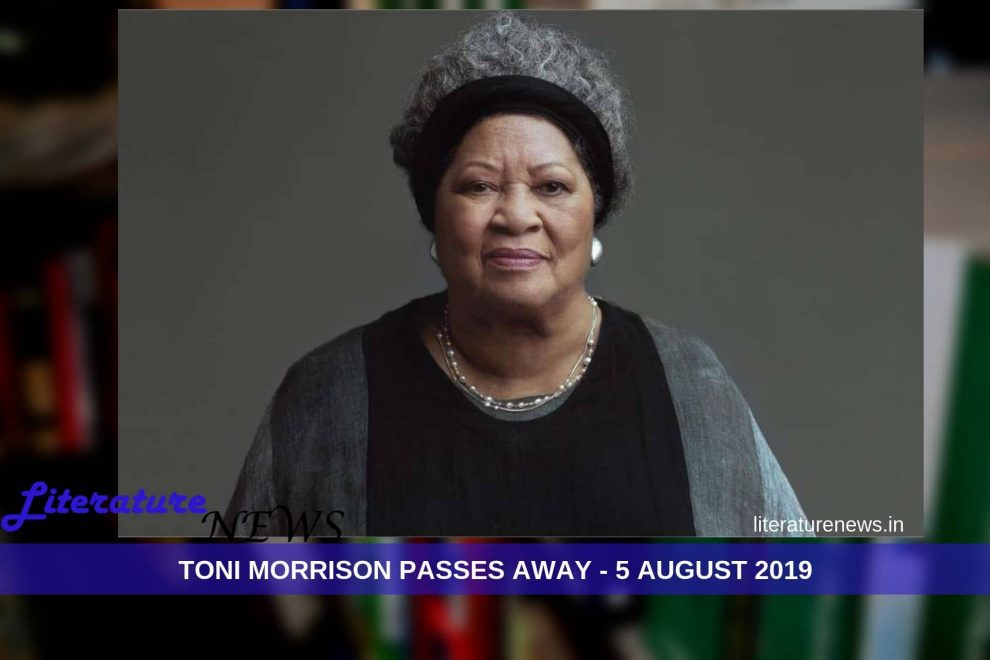 Toni Morrison, the famous American novelist who has authored works as famous as Beloved (1987), Jazz (1992) and Paradise (1997) has passed away on 5 August 2019. Born and raised in Ohio, Tonni’s education took place in famous American Universities – Howard and Cornell. Her decision of joining Howard University has historical reasons. She earned her Bachelor’s and Master’s degrees in English literature before joining the profession of an editor to begin her career.

Toni Morrison’s major contribution to the world of English literature is not only her famous novels but also her extreme work behind bringing the black literature into the mainstream or, in other words, into the light of the day from the darkness of oblivion. She was instrumental in the making of African-American literature and also exposing it to direct public contact.

Also in her novels, her African-American roots often got reflections. Perhaps her most famous work till date, Beloved, told the story of an African American slave in the backdrop of the American Civil War. It brings to light the past problems of slavery in the USA. This novel brought Toni Morrison instant fame and also awards. She won the coveted Pulitzer Prize for this novel and also got National Book Award in the same year as the publication of this novel. Toni Morrison’s writing got the issues related to African-American people into the mainstream through her works of literature extensively.

The list of Awards won by Toni Morrison is very long. Among them, The Nobel Prize in 1993 is the most famous and also the most respected one. Pulitzer Prize, PEN/Saul Bellow Award, and so many others are on the list to decorate her long and rewarding career. Toni Morrison was also active (implicitly) politically and often passed her opinions on the important happenings in the field of politics and public life. She also wrote literature for children and non-fiction and short-fiction other than novels. Morrison wrote 11 novels in total and out of those, at least 5 are world-famous for their subject, content and issues that were dealt with by Morrison.

Critics also tend to associate the writings of Morrison with the changing contours of feminism. Her portrayal of black women in novels is often taken as an example by the critics in the field of feminism to show that Morrison brought black women into the mainstream of feminist discourse along with the fair and white women from rest of the world. This was, however, not very much acknowledged by Morrison as she did seldom associate her works with feminism. You can read some of her famous novels by getting copies from Amazon India by clicking the links below:

a feature by Amit for Literature News

Writers and Poets who got critical respect they deserved only after their deaths – a list
Chetan Bhagat and the language of novels – word wars!
Comment