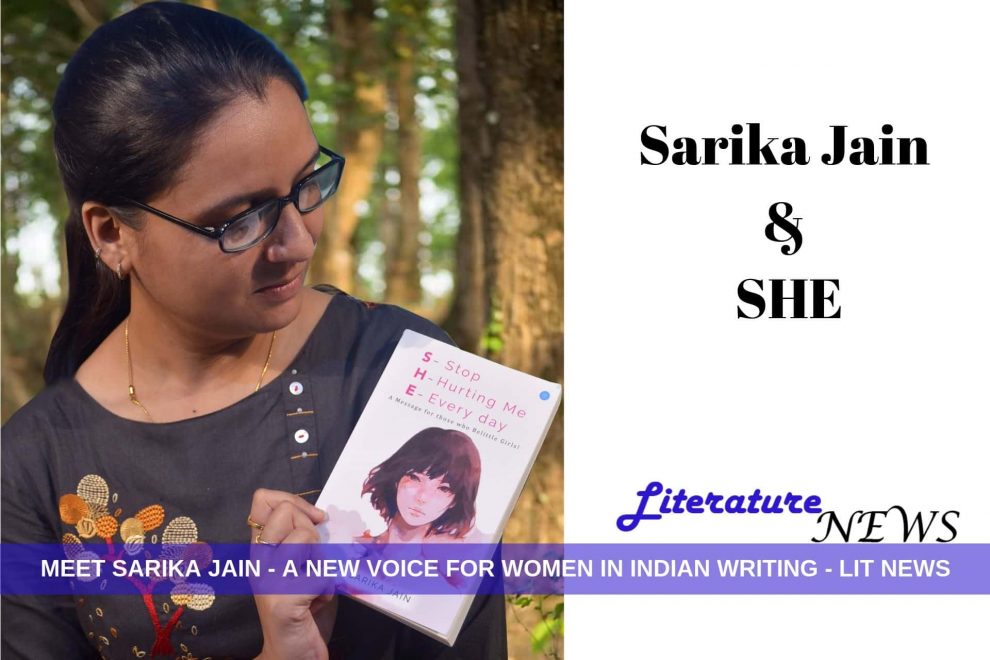 On one side, Indian literature is crowded with books by many newcomers who take romance to new heights and untrodden streets and on the other, there are the debutants who like to portray meaningful realities (howsoever bitter they might be) in their books so that the readers can have a glimpse of the real issues on ground that need amendments, amendments on priority basis. Call it the beauty of written art or the diversity of Indian literature! One such author who deserves the attention of readers is Dr Sarika Jain from West Bengal. Her debut book, SHE- A Message for those who Belittle Girls, is based on issues related to women and girl children.

Sarika Jain’s career has been multi-faceted and she has worked in various sectors before realising that her true passion lies in teaching as well as writing her heart out. She has been a serious reader since her childhood and her favourite books often comprise of those written by women or on women and that’s why we find in her poems and even in her debut book – feminism, case for equality, voice against gender discrimination and so on and so forth.

SHE is described as Stop Hurting Me Every Day on the book cover and the subtitle sends a clear message to those ‘who belittle girls’. Could that be any clearer by her? Nevertheless, Sarika Jain doesn’t want to stop her pen around one single issue. She has a plan for her writings in future. In her own words:

“I want to write more books in future focusing and targeting the major evils of our society like – gender discrimination, corruption, racism, honour killing, rape, abuse, depression, youth addiction, etc. Through my writing, I want to bring about a change in our society by eradicating all the menaces or evil forces that are present in it, and are acting as a hindrance to our country’s growth.”

So, it is very clear that after her first book loaded with issues advocating safety, equality and justice for women, Dr Sarika Jain is going to bring more and more issues in her upcoming books and her professional independence will certainly support her in bringing those books alive in the near future. Critically, looking at the book and having a casual read will tell you how important such books become for our reading societies.

For the moment, SHE will certainly impact the course of feministic writings in the country. Sarika Jain’s writing is direct, positive as well as emphatic. You can also read this book by getting your copy from Amazon India:

Buy SHE by Sarika Jain from Amazon India – click here

by a contributor to Literature News