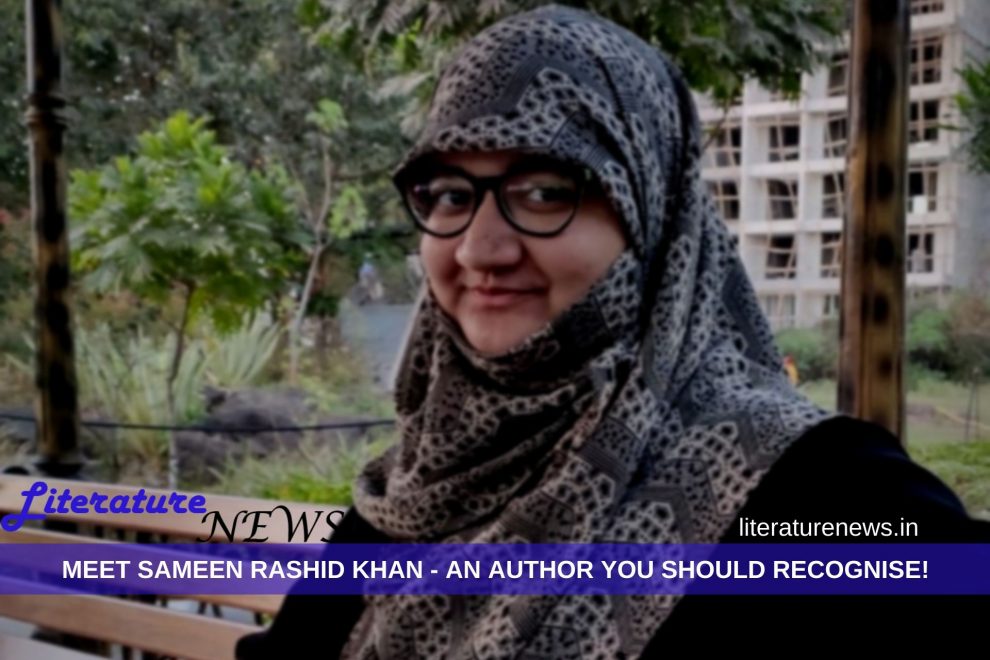 Indian literature in English is vast, vivid, rich, and intense because of the contribution of many great writers and poet like – Tagore, Ramanujan, R K Narayan, Sir Aurobindo, Raja Rao, Mulk Raj Anand and many more. This greatness of our literature is now maintained and propagated by new age authors and poets. However, when we say new-age authors, the term becomes confusing as well as perplexing to a great extent because of too many concoctions that have been added to the idea of ‘new age’. There are too many young authors who are indulged in modern writing and most of them, sadly, indulge in commercial literature, otherwise romantic literature or just baseless literary production that aim at merely entertaining the readers of young age for a few hours and that’s it – close the book and close their literary contribution. However, there are the rare occurrences in literature and therefore, there are the rare writers in India who are trying their best to shoulder the responsibility of producing meaningful literature that remains afloat even after you finish reading the books by those writers. Have you seen many of them, however?

Today, I am going to introduce one such author of the modern era, who is a poet as well – Sameen Rashid Khan. With her innovative approach, Sameen has been successful in occupying a reputable place for herself in the list of not very popular but a critic-favourite and serious Indian authors amongst the readers who understand what literature means in its truest sense. Certainly, she must have been inspired by some authors and poets, but, she did not choose to copy anyone’s style to climb the ladder of success. Her style of narrating a story, dealing with the characters, and her way of creating synchronicity with the real and the fictional world is distinctive. And her distinctiveness makes Sameen standout in the never-ending rush of modern writers in India.

She has recently been working on her upcoming book which brings to life the troubles, truths and elements in general of the rehabilitation centres for women in India. She has put this in her own words:

“I’m currently working on a novel. It is a work of realistic fiction. The idea behind the story came from my background in psychology. The book is going to be the journey of a woman in a rehabilitation centre in India. Living in the luxuries of our home we are unaware of the struggles of the people living in rehab and that is what I intend to bring to light through my book.”

Further, she has also added that the work will be liked by the women readers because they will be able to relate to the storyline and the content of the book very easily. She said:

“Readers would be more aware and well informed about what is happening behind rehab walls. Women readers will definitely connect with the characters and their experiences. Overall it will be a reminder to readers to be grateful for the lives they are living when they read about people living in worse situations.”

Previous works by Sameen have also been very productive in terms of bringing out the real and important issues to life. Her first book is The Aftermath: A Suicide Story which is the story of two teenagers – Sam and Ana Parker, who are best friends and share almost everything with each other. But not everything. And this something (unshared) becomes the mystery of Ana’s life and she gets on a journey to find the reasons behind the suicide of Sam. At one point she starts to feel that she is the reason Sam, her best friend, committed suicide. But how? She is jolted, but doesn’t want to stop until she brings peace to Sam’s soul.

Sameen’s second book is a collection of five short stories entitled A for Ambiguity. Apparent from its title, all the stories are ambiguous and left open-ended. It is up to readers to interpret as and what they want to if they couldn’t understand what Sameen is attempting to render. The stories in this collection, though not completely, but parts are coloured with the experiences of Sameen’s own life and to which she has beautifully added Tadka of fiction with day-to-day spices to make it intriguing, connecting and engaging.

Mostly Me is the third book of Sameen Rashid Khan, published early this year. This book would take the readers in the totally different world, from her first two books; in the world of poetry. A world adored with numerous hues of emotions! Mostly Me is primarily the reflection of Sameen Khan’s experiences at different phases of life. It is her journey from despair to hopes that pass through difficult terrains and challenges. Sameen’s collection is indeed worth a look.

However, Sameen Rashid Khan is new to the writing world, her writings are intense and touch the broader spectrum of Indian literature in English. We will have to wait for more productions from her to understand in which direction she moves.

Shawn Vij – an author inspired by a meeting with The Dalai Lama
5 Indian Women Authors You Should not Ignore! A List
Comment