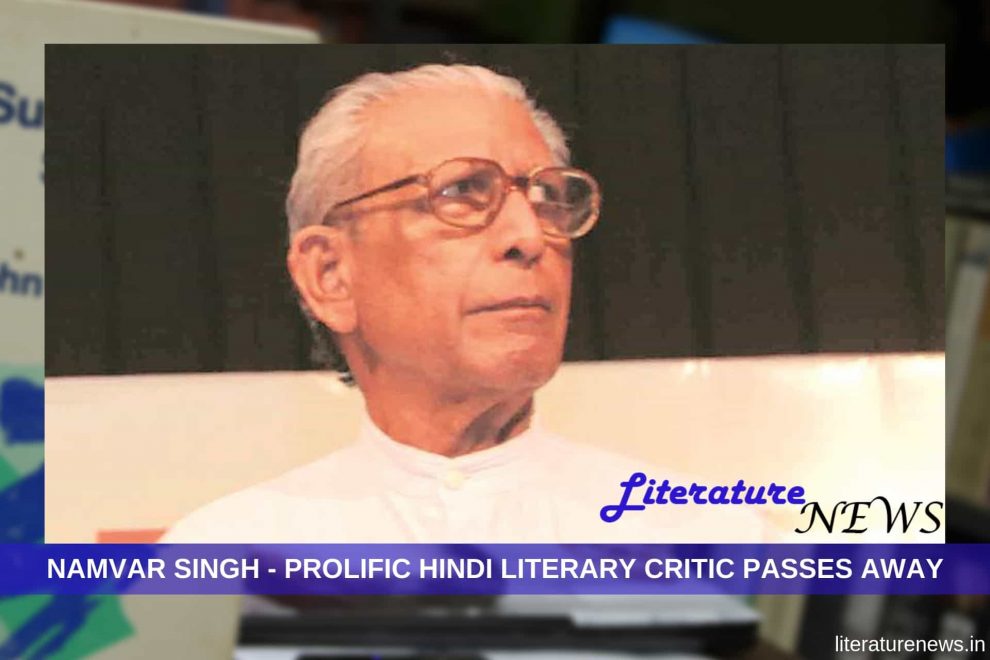 Namvar Singh was undoubtedly one of the most prolific critics of Hindi literature in India. A professor of Hindi in different universities, Namvar Singh completed his Doctorate degree in Hindi literature from Banaras Hindu University. He also taught in the same University for a few years before joining several other universities as a professor. Namvar Singh’s contributions are also remembered for being the founder and chairman of Centre of Indian Languages at Jawaharlal Nehru University. At JNU, he remained until his retirement.

Born in 1926 in Varanasi, Namvar Singh was a brilliant student since his very childhood. He proved the same when he completed his MA in Hindi Literature in 1951 with a Gold Medal at BHU. He completed his research under the able supervision of Hazari Prasad Dwivedi.

Namvar Singh’s writing career was majorly focused on producing the works of critical value. He wrote extensively about the poets and their works in his literary productions. Kavita Ke Naye Pratiman analyses the works of the poets of his time. His very famous work was Dusari Parampara Ki Khoj. Namvar Singh’s Itihaas Aur Alochana also brought him fame and attention as a literary critic which was already at heights after winning the Sahitya Akademi Award in 1971 for his Kavita Ke Naye Pratiman.

He died on 19 February 2019. Literary figures and many others have mourned his death as an irrecoverable loss to Indian Literature. In his long career, Namvar Singh contributed immensely to the Indian Hindi literature and guided many scholars and students in their research completions. He established new standards of literary criticism and the followers of his footsteps are in plenty. Though age is inevitable and so is death, India will always remember this great personality whose contributions to the Hindi literature will always be priceless!

An article by Rohit for Literature News