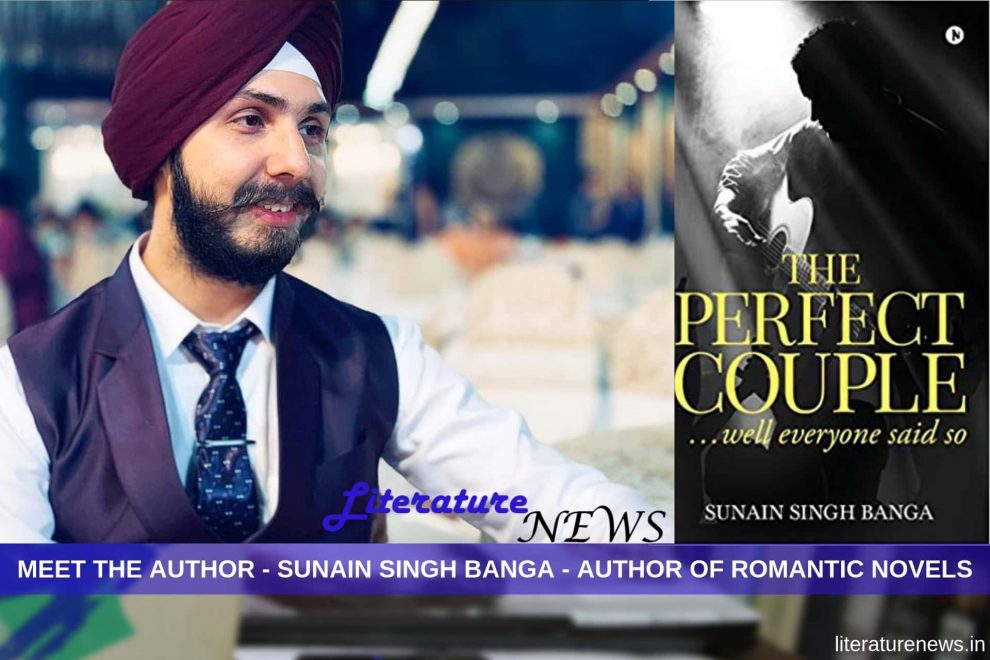 Well, India has been a land of distinguished talents for centuries. We have seen many things happening and many things that make things happen. And the field of literature is not an exception. Authors are launched every next day and some of them go on making an impression that lasts long. Today, I will be letting the readers of Indian Book Critics know about a very young romance author who made his debut in 2015 with The First Crush at 13, a book that became popular among the teenagers and brought the initial fame for the author. Now in his 20s, Sunain Singh Banga has come up with his second romantic novel, The Perfect Couple… well everyone said so. Inspired by the second generation of romantic novelists in contemporary India, Sunain wants to give the readers what they want – an entertaining piece of romantic fiction.

Raised and residing in Mumbai, Sunain was born in the same city in 1997. His father is an internet service provider. A student of engineering right now, Sunain has different plans for his passion for writing. In is own words:

“I did my schooling in St. Joseph’s High School and then went on to pursuing science from D.G. Ruparel College of Arts, Science and Commerce. Then I went on to get an engineering degree from D. J. Sanghvi College of Engineering. I’m an engineering student right now. I might someday drop out of everything and pursue full-time writing.”

Since the publication of his debut novel, The First Crush at 13, Sunain was planning for something that might lead the way – something that might move that story ahead. A great fan of the novelists who mostly write romantic novels, Sunain’s protagonists are not like the usual romantic characters working in offices, attending colleges or schools. His protagonists are growing up and that is when it becomes interesting. Sunain says:

“So right now, the protagonists are growing up and everything is about to change for them. Just like every story has a villain that could have been avoided, here growing up might just play the villain for them and one that they cannot avoid, but they might turn out to be “The Perfect Couple”, who knows?”

So, the readers who love reading romantic novels have a lot to cheer! Sunain Singh Banga’s latest fiction will keep all of them hooked until the last page. I won’t reveal a lot about the book yet but I will soon be back with a review of The Perfect Couple… well everyone says so. You can get more information and get in touch with Sunain by visiting his official website: Author Sunain Banga

story by Somesh for Literature News