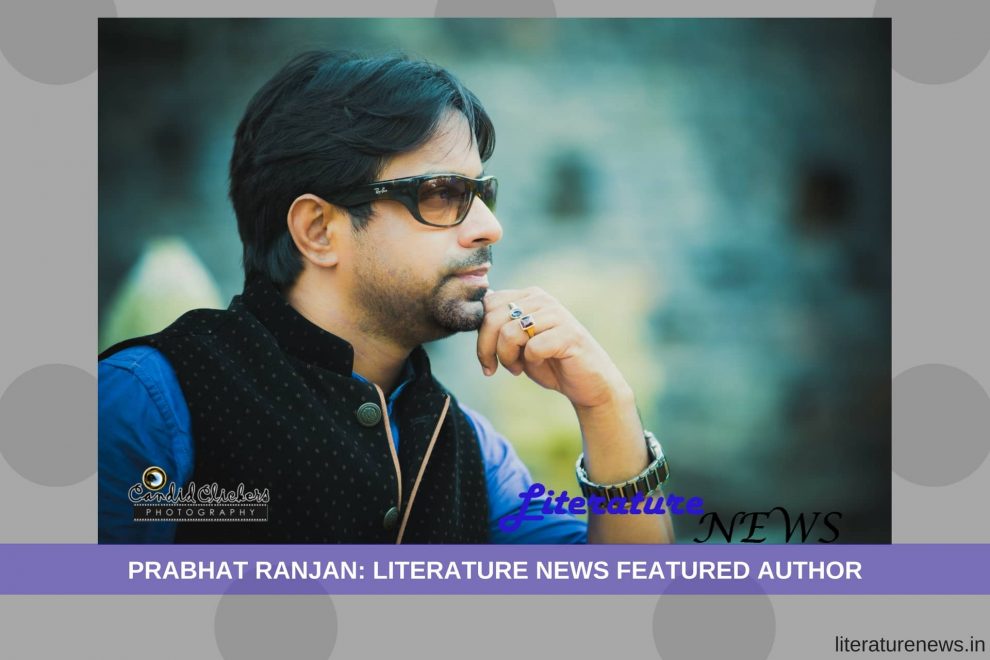 Hindi writing in India has seen many phases and the most productive one, all will agree, was the phase just after our independence and a little before that. Poets and authors were enthusiastic about writing the dawn of an independent India and their works were reflecting the same fervour. Eventually, when the newly found patriotic zeal calmed and people realised they were free, poets and authors turned towards different themes and issues. Bachchan, Dinkar, Chaturvedi, Agyey and many others came to the scene. Bihar was one of the leaders in the Hindi writing movement and we had many authors and poets writing about the social issues, philosophical issues, love, life, and many other things. And Bihar, since always, has always been the forerunner when it comes to Hindi Literature. Taking the lead forward, Prabhat Ranjan is ready to make his debut as a Hindi novelist with this book With You; Without You (a novel in Hindi with the English looking title). Today, I will tell you about Prabhat Ranjan in detail.

An engineer by profession and an experienced man, Prabhat Ranjan had always that craving for literature in general. He has always been interested in reading and writing across the genre but did not think towards publishing his works until now. This year, he decided to publish one novel by him which focuses on the nuances of relationships, love, life, friendship and youths’ world. With You; Without You is a novel which reflects how serious and how delicate is the thinking of the author. Critics who have been reading the book and advising Prabhat during the preparation of the manuscript have all shown a great regard for his maturity in dealing with the theme and his mastery over the language flow!

Prabhat Ranjan has always tried to portray the depth of human relations and human emotions in his writings. You can understand this plight of him through his own words:

Rendering it into English will be something like this:

“By profession an engineer, a person who tries to understand and resolve the imported pretension and fundamental simplicity and distortion through literary reading and writing. Prabhat Ranjan is a person who is deeply involved in absorbing each and every happening around him which reflects to him as a way backwards than progress in the human evolution of thousands of years!”

As an author, Prabhat Ranjan wants to offer to his readers the works which give them a chance to look into their beings. With the publication of With You; Without You, Prabhat has opened a new dimension for himself other than his job as an Indian government employee which he is mulling over seriously for a dedicated life to writing and reading.

Personally, Prabhat is a very enthusiastic person when it comes to participating in literary gatherings and anything related to literature. Currently in Patna, he is an active member of Patna Book Club. He belongs to a well-known political family from Vaishali, Bihar. After the launch of With You; Without You in next month, Prabhat will be busy in writing his other novels which he defines as further in-depth introspection of the society.