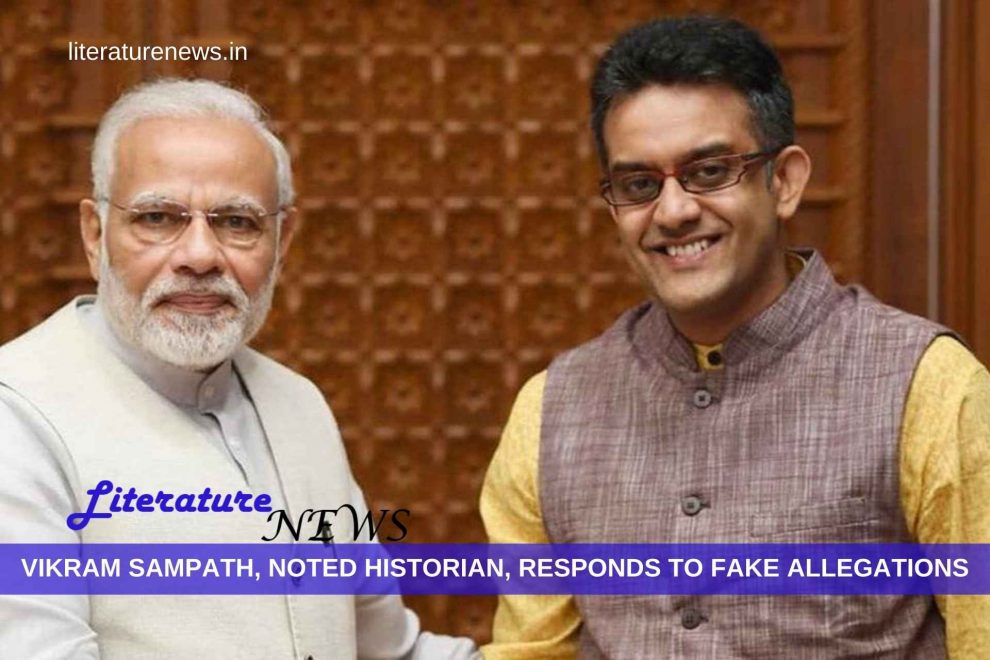 The traditional tactics of the left, worldwide, always remain the same with differences found only after the 109th number after the decimal. Otherwise appearing sober, calm, composed and ‘in control of the narrative-throttle, the left has a civilisation tendency to rattle when they meet with facts, truth and ‘real’ version of things that they have long been fabricating, fictionalising and concocting according to their goals, agenda and narratives. The same can be found happening once again as a very aggressive attack has been directed towards the author on the rise, Vikram Sampath, and a historian of repute who has been instrumental in bringing the ‘other’ side of Veer Savarkar to the ordinary people who have been fed the lies and mirth in the name of history, hitherto.

‘Historians’ who have been overtly and extensively indulged in distributing certificates of tolerance and pluralism to avowed killers and butchers of millions, the Mughals, documented rapists and destroyers of hundreds of thousands of Hindu temples in India, likes of Aurangzeb and Akbar, Tipu and Babar, have suddenly come together, up in arms against Vikram Sampath and have accused him of plagiarism. However, it should be marked that this plagiarism attack has come on a certain speech that the noted author has made on an occasion, in the year 2017. Yes, you have read it right.

However, unlike many others, Vikram Sampath has decided to take on this issue and fight back. He has gone to the Delhi High Court and registered his appeal against the likes of Audrey Truschke, Rohit Chopra, and others including Twitter, the social media platform. While the left, as usual, is rubbing all these as merely a sign of desperation from the author, the author has openly stated (by his move) that he is not going to accept false accusations and remain silent.

It is to be noted that there has been a status quo on Veer Savarkar’s historical significance among the armchair historians for many decades. Many have tried to limit his image as someone who wrote mercy petitions from jails for his release. However, there are many facets to Savarkar’s enormous personality and historian Vikram Sampath has merely tried to bring some of them to the readers with facts, proofs, records and ‘history’ that those on the left could never produce for all the tall claims that they make days and nights about many issues.

Three books by Vikram Sampath on Veer Savarkar have made millions aware of the true and hitherto not very popular history of the man who gave the first Indian freedom movement its rightful name. The book also categorically states that Savarkar never proposed the two-nation theory as many left historians have often ascribed to him. And therefore, it was but natural for the left to attack the author because they could not contest facts with facts. You can read Sampath’s books on Savarkar to learn more about the historical figure in the Indian freedom movement, a known Hinduism thinker and a true Indian!

by Ashish for Literature News

Dr Prathima writes about little things with big impact in her book Insignificant Me
Sanjana Kanamarlapudi – only 13 and has written 7 books already! The author kids can read…
Comment